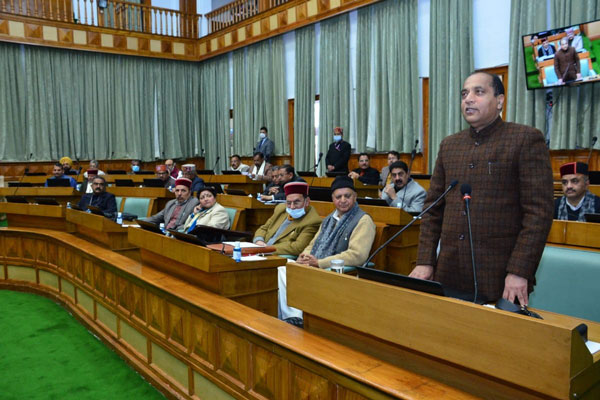 Shimla, Mar 5
Himachal Pradesh Chief Minister Jai Ram Thakur stated in the state assembly here today that as many as 309 stranded Himachal Pradesh Students were evacuated from war torn Ukraine and 149 are still trapped in Sumi and Kharkhiv could not be evacuated so far as the situation is not favourable as more attack and devastation has been caused.
Making a suo-moto statement in the house on this issue Chief Minister informed that rescue operations have been speed up as Indian Air Force and Commercial flights are evacuating the stranded and state have hope to evacuate the left out students soon. The state Government is in touch with the Union External Affairs Minister, the Chief minister said.