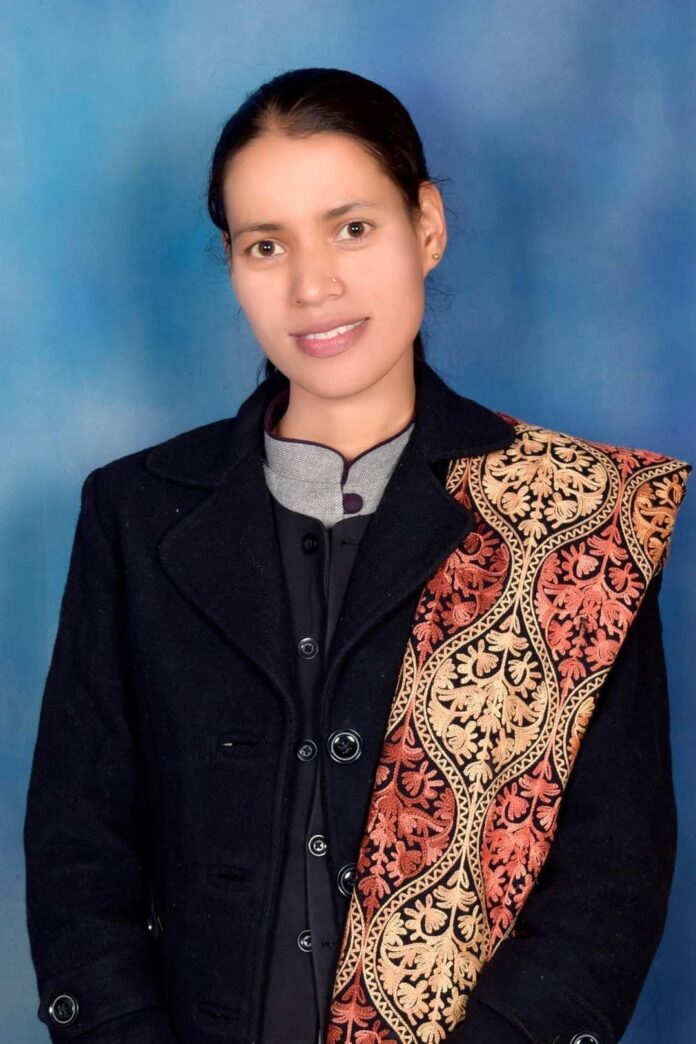 Shimla, Nov 23
Member of Zila Parishad from Jakhri ward of Shimla district Kavita Kantu was found hanging to a small Rhodendron tree close to her residence at Sangti near Himachal Pradesh University, confirmeda police officer.
Superintendent of Shimla Monika Bhutunguru said that deceased Kantu doned in black jacket and grey trousers was recovered hanged to a small bended Rhododendron on tree this morning
She said that deceased identified as Kavita Kantu who is said to be a resident of Rampur and pursuing PhD from HPU. She was elected as  Zilla Parishad members of CPI(M). The age of decease seems to be around 27/28 years.
Body has been found dead by hanging with a ‘dupatta’ in the forest of Sangti Summer Hill.
Forensic expert were requisition on the spot to acertained the cause of death. Earlier to this Police party from Biolueaganj Shimla rushed to the spot and took the body in its possession
Shimla CPI(M) secretary Sanjay Chauhan also confirmed the death of comrade in mysterious circumstances and said that she was undergoing training of PRI system at Shimla and interacted with party local unit leaders.
Chauhan who is former mayor of Shimla Mincipal Corporation did not rule out the possibility of a organised crime and said that forensic expert have visited the spot.