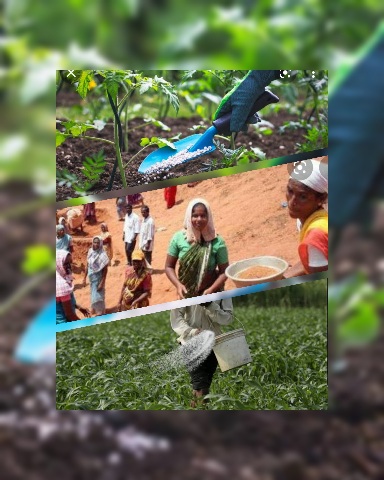 Shimla, Feb 1
The Union Budget 2022-23 by the BJP totally ignores the genuine demand of farmers as the budget allocations is cut down on procurement, food, fertilisers and MGNREGA stated Himachal Kisan Sabha (HKS) here today.
President Dr Kuldeep Singh Tanwar and General Secretary of HKS Dr Onkar Shad said that  reduction in the allocation compared to previous years seems like an act of revenge on the successful united farmers’ movement.
‘ No relief for farmers and agricultural labour has been announced. Farmers’ demands for assured
procurement at remunerative prices and loan waiver have met with callous indifference,” they alleged.
The Union Budget will only widen inequalities, increase poverty, unemployment and hunger, Dr
Shad stated.
It is worthwhile to mention that as per the budget presented in the parliament by Finance Minister Nirmala Sitharaman, the that total allocation was Rs.474750.47 crores in 2021-22 (Revised Estimates) which has now fallen to Rs.370303 crores that is over a lakh crore.
The share of rural development in the budget has also fallen from 5.59 percent to 5.23 percent. It has seen a cut in allocations for procurement, MGNREGA, crop insurance, food and fertiliser subsidy.
” Finance minister has tried to create hype by announcing Rs 2.37 lakh crore on procurement of paddy in 2022-23, however  truth is that it is lesser than allocation of 2.48  lakh crore budget given last year and the beneficiaries would also be  drastically reduced from to 1.63 crores only while beneficiaries last year were 1.97 crore; ”alleged the Kissan Sabha.
Dr Tanwar said that this would cause exclusion of 34 lakh farmers while we have been demanding expansion to all crops to widen the reach/ambit.
The allocation for procurement to the FCI and under decentralised procurement Scheme has actually been reduced by a whopping  28 percent.  Reduction in allocation and inflation would altogether result in a significant decline in procurement in 2022-23.
HKS also said that allocation of funds for fertiliser subsidy has been reduced by 25 percent. Coming as it does when fertiliser prices are shooting up, this is going to have an adverse impact on productivity, they added.
The allocation for Pradhan Mantri Fasal Bima Yojana which was Rs.16,000 crores in the last budget has been reduced to Rs.15,500 crores.
The allocation for PM-KISAN is nine percent lesser than what was originally announced at its inception in 2019. The earlier claim that 14 crore farmer households would benefit has been scaled down to 12.5 crore households. To pay Rs.6000  each would require Rs.75000 crores, only Rs.68,000 crores has been allotted.
Allocation for crop  husbandry has been cut by Rs.26,000 crores (18 per cent ); allocation for food storage & warehousing by Rs.84,000 crores (28 pc).
The Economic Survey had pointed that the average monthly income per agricultural household is only Rs.10,218/-. However, the average income from cultivation per  person in a day is merely Rs.27/-. Rather than doubling of farmers’ income, the
seven years of Modi led BJP Government has shrunk, it, alleged the farmer leaders.
In times of pandemic when employment opportunities have shrunk, the allocation for MGNREGA  has been actually cut. While the Revised Estimates of 2021-22 was Rs.98, 000 crores, this budget has only allocated Rs.73,000 crores.
A recent study had estimated that for ensuring 100  days per household under MGNREGA would require about Rs.2.64 lakh crore including for clearing arrears of around Rs.21,000 crores. Clearly, the poor agricultural labourers are not a priority for the  BJP Government, said Dr Tanwar.

Indifferently the three detained farmers swept out of the state border

Apple growers not immune to fallout of new farm laws; Number of them victimized due to non-APMC apple deals