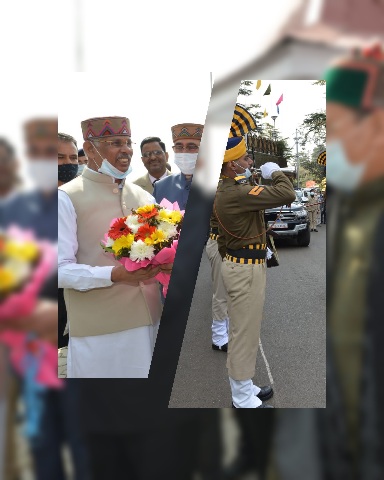 While delivering inaugural address at the start of budget session of HP Vidhan Sabha, Krishi Utpaad Sarankshan Yojana has been started to establish permanent structures made of steel and bamboo for installation of anti-hail nets and reduce damage caused to orchards by hailstorms.

An amount of about Rs 11 crore has been allocated under the ‘HP Pushp Kranti Yojana’ and 114 farmers have benefitted from the scheme.

An additional area of about 58,561 square meters has been brought under polyhouses. Besides, an amount of Rs 5 crore has been allocated under ‘HP Khumb Vikas Yojana’, which has assisted 64,269 mushroom growers to set up production units.

The project’s progress has also been appreciated by the World Bank.

Presently, horticulture contributes more than about Rs 4,000 crore to the state’s GDP and an additional area of about 1,932 hectare will be brought under various fruit crops in this financial year.

PM Krishi Sinchayee Yojana is playing a significant role in the overall development of horticulture in the state and in the current financial year, drip and sprinkler irrigation system is being installed in an additional area of 2,927 hectares.

In addition, Plant Protection programme is being run for pest protection of fruit plants and farmers are being provided 50 per cent assistance for purchase of pesticides.

The state government is also providing financial assistance of Rs 4,500 to the 4,208 fishermen under livelihood and nutritional support for families and conservation of fish resources during fishing ban or lean period.

On the analogy of MNREGA in the rural areas during the Covid pandemic, the government started livelihood scheme for poor residing in urban areas.

The government is also playing a leading role in realizing the dream of providing tap water to every household under the ambitious scheme Jal Jeevan Mission and so far, 17,28,000 families have been provided with the facility, he added.