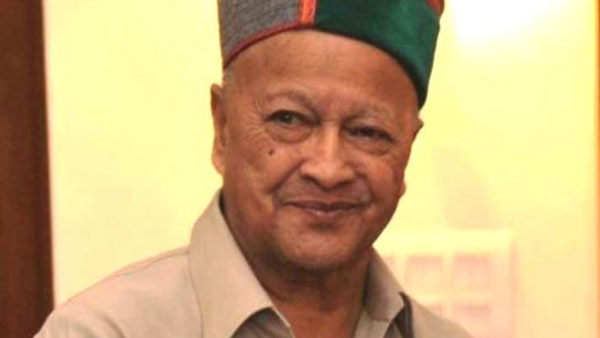 Shimla, Jun 11
Former Chief Minister Virbhadra Singh who was tested Corona Positive for the second time in last two months has been shifted to the makeshift facility at IGMC this afternoon, confirmed official sources.
Singh was shifted from Cardiology unit of IGMC at 1510 hrs today as he again contracted Corona Virus. Singh’s sample were taken on Jun 10 as a Nurse taking care of him was contracted by the virus three days ago. A  Medical bulletin released by IGMC Senior Medical Superintendent confirmed that his sample was found positive.
This second infection to Singh has been noted after he got the first dose of Corona Vaccine on May 3 at DDU Hospital Shimla along with his wife Pratibha Singh.
Singh was also earlier found positive for nCoV on April 12, 2021 and hospitalized for a month at Max Hospital Mohali. As he was discharged from Mohali, whereby after reaching Shimla immediately he had to be hospitalised at IGMC due to deteriorating health condition. Singh is in IGMC since the last one month. The official reports coming from IGMC said that condition of Singh’s is critical.