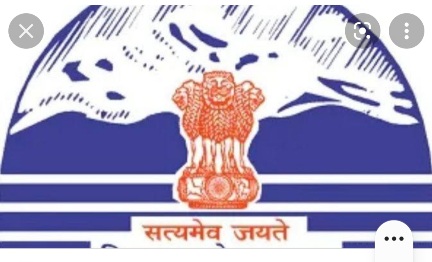 Shimla, Feb 23
Himachal Pradesh Government today notified the constitution of Samanya Varag Aayog in the state which would have three members including Chairperson and two members, alongwith a member secretary having headquarters in state capital Shimla.
The  notification issued by the Governor on Wednesday here stated that the  composition of commission shall be comprising of one Chairperson and two Members, who shall be nominated by the State Government,  An officer who is or has been not below the rank of Joint Secretary of the State Government may be nominated as the Member Secretary.  The term of Aayog should be one year and could be extended further and headquarter of the Aayog would be at Shimla.
Function of Aayog shall be to consider and make recommendations to the Government on the issue of examination of grievances, problems and issues of classes in general categories of the State and recommend solutions of such grievances, problems and issues of this section of the society , To  study and survey the socio – economic condition of the marginalized and poor persons and families of the general classes of the society and formulate welfare schemes for their advancement and recommend to the Government for their implementation.  It shall study the existing welfare schemes of the State Government and recommend ways to implement them in the interest of the general classes of the state.
The Aayog may study welfare policies of other States and Union territories also and may recommend to the Government for their adoption, if found fit.  The Aayog shall act as a body to recommend the implementation of the safeguards and protections provided for general classes in the directive principles and other parts of the Indian constitution.
The Aayog shall have the power to call for necessary information from any Government department, Government or Semi  Government bodies, public sector undertakings and autonomous bodies and to travel in the entire state, whenever it is required for the purpose and in the interest of the targeted general classes.  It shall perform any other specific function or duty given by the State Government.
The state government shall provide the commission with officers and employees as may be necessary for the efficient performance, preferably from the surplus pool or on secondment basis or out source basis .
The number of posts and service conditions of the staff of the commission shall be  specified by the State Government  and also  provide the necessary budget for the payment of salaries and allowances to the officers and employees of the Aayog.
The Samanya Varg Aayog shall maintain proper accounts and other relevant records and prepare an annual statement of accounts to be forwarded annually to the State Government in consultation with the Accountant General, Himachal Pradesh .
The accounts of the Samanya Varg Aayog shall be audited by the Accountant General, HP  at such intervals as maybe specified and any expenditure incurred in connection with such audit shall be payable by the Samanya Varg Aayog. The AG  and any person appointed by him in connection with the audit of the accounts of the commission shall have the same right and privileges and the authority in connection with such audit as the AG  and shall have the right to demand the production of books, accounts connected vouchers and other documents and papers and to inspect any of the office of Ayayog
The commission shall meet as and when the chairpersons may think fit and Ayayog shall regulate its own procedure.