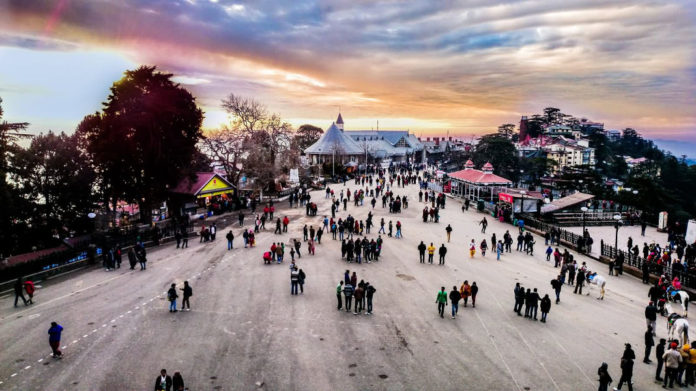 The long awaited Shimla Development plan is to get a final nod, soon. Urban Development Minister Suresh Bhardwaj said that the State Government is giving final approval to Shimla Development Plan after a gap of 40yrs. He said that three plus one and two plus one buildings will be allowed in non core and core areas including or excluding a parking. While chairing a meeting of Town and Country Planning Department to review the final draft of Shimla development plan he said that the SDP is being prepared after 40 years and this is an historical development.

He said that the building guidelines of whole Shimla are divided mainly into Core Area and Non-core Area. Minister said that the proposed building bye-laws for core area were suggested to be 2 floors, habitable attic and parking, whereas for non-core area, 3 floors, habitable attic and parking were suggested. He also emphasized that the more relaxations in terms of building height, number of floors and land-use would be given along the main roads, including National or state highways.

During the meeting proposed Zoning Regulations and Building By-laws for various development activities as a part of Draft Development Plan 2041 were discussed point-wise.  After seeing the progress of GIS-based Development Plan for Shimla Planning Area, Urban Development minister suggested to go ahead with Development plan and notify it before January 25. He said that after notification, the draft will be put forward for the public notification, said the minister.

State Town Planner Prem Lata and Director Town and Country Planning K. K. Saroch were also present in the meeting with other senior officers of the department.

Necessity is the mother of Invention : Antimicrobial face mask &...