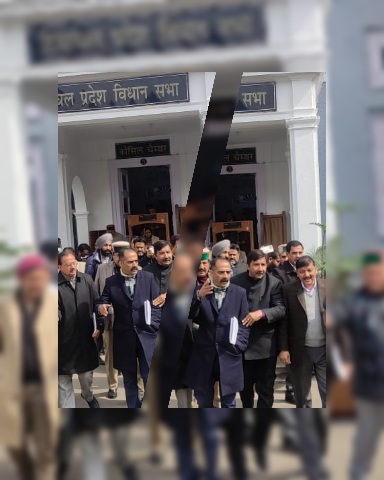 All members of opposition Congress party staged a walkout from the Assembly during Governor address on Wenesday terming it ‘a bundle of lies’.

On the very first day of the Budget session, while Governor Rajinder Vishvanath Arlekher was presenting his address, LOP Mukesh Agnihotri interrupted the Guv alleging that he was reading content provided by the  government  that is a bundle of lies.