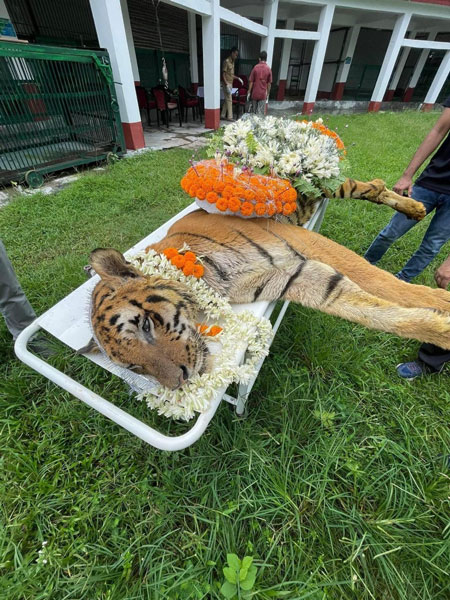 Jalapara, July 12
‘Raja’, the oldest living tiger in the world, died on Monday at a rescue centre in Jaldapara National park in the Indian state of West Bengal. He died at the age of 25 years and 10 months and Raja was in the rescue centre of Jaldapara for many years after a crocodile attack.
The tiger was saved by the Forest department officials and taken to a rescue centre for treatment where the majestic animal became the oldest tiger of the world in captivity.
Parveen Kaswan, IFS shared the news on his Twitter handle and said this was not only an example of ex-situ conservation but also revealed a lot of knowledge about the species in all these years. The knowledge bank which can be used for conservation and better up-keep of these big cats, he added.

Adani versus HP, No relief to state