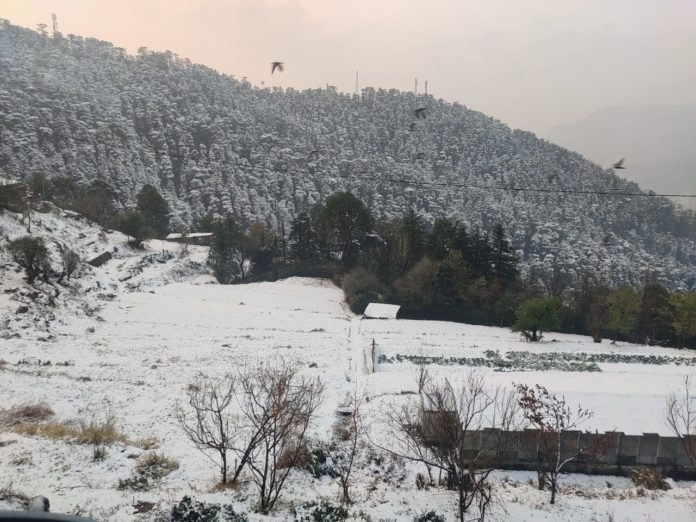 The year’s first snowfall in the state capital is likely to break the 18 year record of having highest volume of snow in 24 hours, claimed the Indian Meteorological Department. The last record for heaviest spell of snow in 24 hours was of 2002.

Talking about it , Met Office Director Shimla Manmohan Singh informed that in the last 24 hrs (till 1730hrs)Shimla received around 51 cm snowfall and it is continuing. Lately this is the heaviest  snowfall in this month as previously Feb 2002 had 54.1 cm was heaviest snowfall in 24 hrs .

He said that since snowfall is continuing since last night has registered about 51 cm till 1730 hrs on Thursday likely to beat 19 yrs past snow records in the later winter month .

He said that in the Month of Feb state have been receiving heavy snowfall but such heavy spell was rare.
State recorded most heavy spells of snowfall in month of December and January earlier, he said. Month of January this year was almost dry and there was no major snow spell in the town and state.
The record of highest spell in February was past thirty years. Kn the year 1990 town had  151.3cm snow and the second highest was in the year 2007 that was 113cm.

Since today morning till 1730hrs, rain and snow occurred at many places over the state of HP. But it’s main effect was witnessed in the districts of Shimla,  Solan, Sirmaur and Kinnaur.

Solan had heavy rainfall recorded 50 mm till 1730 hrs, Jubbarhati nine mm, Bhunter 11 mm and Dharmshala 14.6 mm The day temperature plummet with the snowas Maximum temperature was six to seven degrees below normal with departure by five to six degrees compared to yesterday.