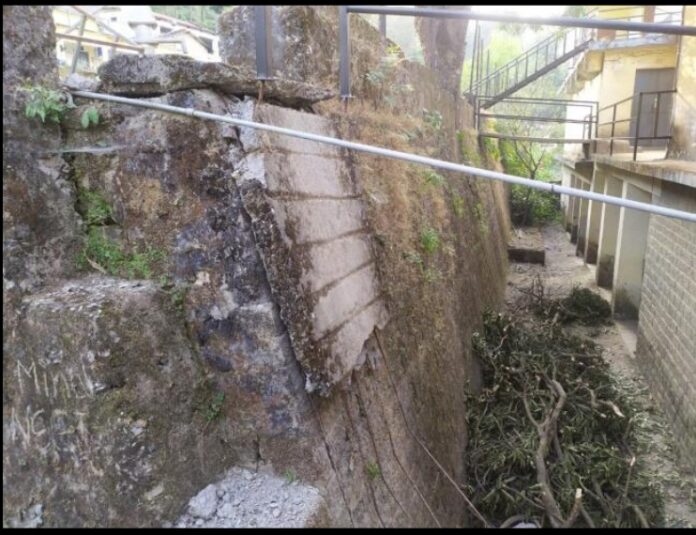 Shimla, Nov 11
As many as five students sustained injuries when a slab connecting building fell down due to overweight in Bharog-Bhaneri Senior Secondary School of Sirmaur district in Himachal Pradesh on Thursday, said a senior administration officer.
Deputy Commissioner Sirmaur said that an incident of a small bridge connecting building to ground fell down due to being overweight in
Bharog-Bhaneri SSS of Sirmaur district and fell down to ground floor due to being overweight to at 1630hrs.
Five children got injured and two students identified as Prachi and Siddharth are critical as they suffered fracture injuries, are referred  to Medical College Nahan. Other victims are identified as Rahul, Saurabh and Nidhi.
Deputy Director Education Simraur Karam Chand said that he himself rushed to hospital to know about the health of the student.
The priority of administration is to save the life of students injured in the mishap and the department would take further action into the incident tomorrow.
He said that most students who were coming out of their classes belonged to plus one and two .
The over head bridge was connecting the classroom on the second floor fell down due to being overweight however  it could not be ascertained whether there was any flaw in its construction.