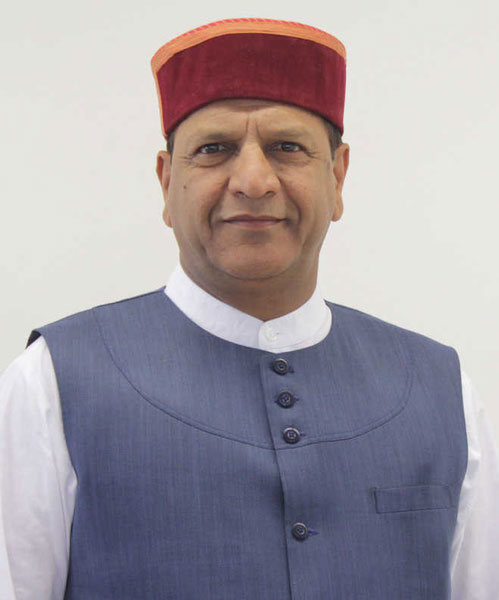 Shimla, May 27
Bharatiya Janata party State President today tendered resignation from the party top post siting his high moral grounds after recent Directorate Heath Services Bribe row in the state.
In a press release and a video message telecast on the party whatsapp group by Bindal he said that he is tendering resignation on high moral grounds being the party chief in the state.
He said that recent bribe scam occurred in which the DHS and director Health was arrested by the state vigilance and Anti Corruption Bureau on the basis of audio clip and investigation was under going on the alleged charges under the party rule impartially.
Terming it unfortunate to drag the a BJP state leader behind the Corruption by some people indirectly after the row he said that he considered it necessary to owe responsibility being party chief.
He said that party organisation and it’s workers  in the state have contributed immensely by distributing free food pacts to lakhs of people in the state.
Bindal replaced former party state president  Satpal Satti in Mid of January 2020.
There are reports that Bindal resignation was expected after some indication was being given on the political circles about his indirect involvement.
Special Investigation unit conducting the probe in the matter also indicated alleged misappropriation behind the alleged heavy purchase of Health and safety equipment in the state.
Currently state Health and Family Welfare portfolio is vacant and regular DHS have been suspended in the corruption charges and arrested.