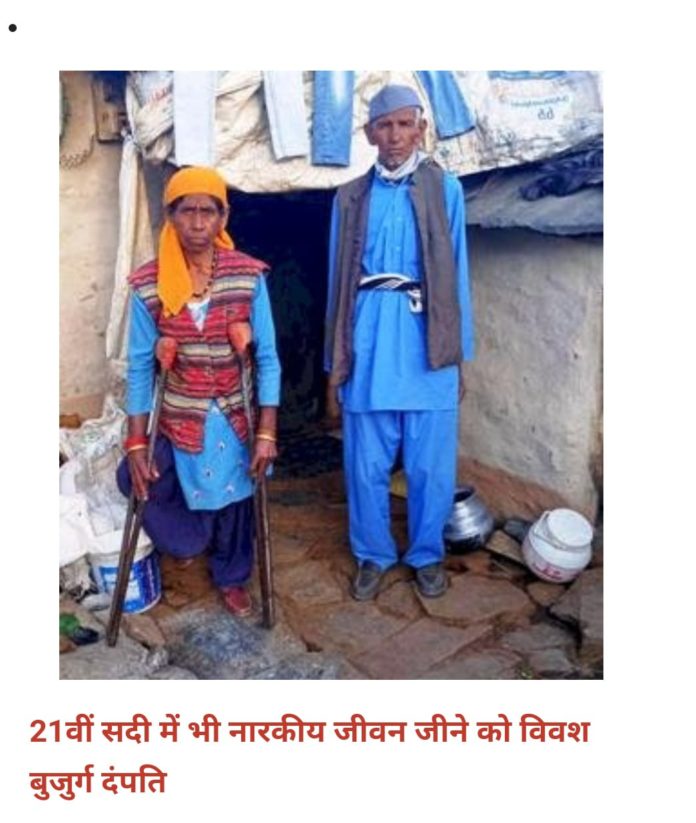 In the 21st century a section of society is still facing the curse of poverty that they cannot afford two time meal, a  roof and cloth to clad their bodies in the cold and piercing heatwave.

Sirmaur district which anyways lags behind other opulent areas of Himachal,  have number of places where people are living in pathetic conditions without sufficient means to live with dignity even today.

State or Centre goverment which does not get tired of making round the clock publicity of self praise claiming paradigm shift in development in terms of respectful housing could be exposed by its insensitivity towards huminity.

An elderly couple belonged to Kando village of Sangraha area of Sirmaur district of Gram Panchayat Maynaghadail were living in hell like condition as the family never got housing scheme.

Elderly couple is living with cattle in a cowshed for last 25yrs moreover even this structure is in shamble.

Lakhs of house hold are being provided under various state housing schemes. However scale of poverty in this village or insensitivity towards people by the government is exposed for its pick and choose method.

Basi Ram’s 65yrs old wife could not walk without support is living abasfull life along with two sons in the hut shaped cowshed shelter.

Local people state that public representatives and Administration are not ignorant of pathetic life of this household however mere verbal assurances were being offered to them.

Basi Ram said that he worried in his old-age because this cowshed gets flooded during rainy season with seepage from its roof.

I tried to hard to get some relief from the government but in vain my name is not registered in the BPL list despite living in penury for several years.