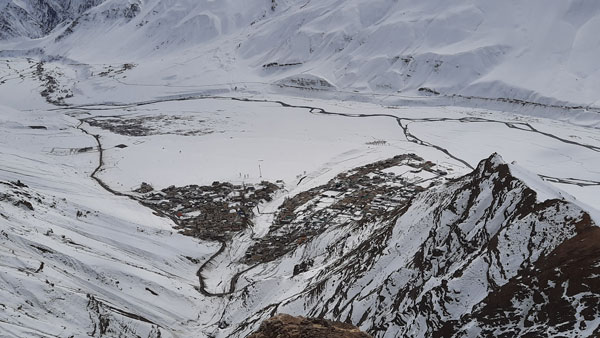 Shimla, Nov 16
Most high altitude glacial lakes have frozen as mercury plummet minus 15 to 20 degrees below normal. Keeping the same in purview respective district administration(s) have imposed a embargo on driving or walking to/ near such water bodies.
A notification issued by Deputy Commissioner Lahaul-Spiti Sumit Khimta said that on the recommendation of ADC, Spiti at Kaza it has been decided  that Sumdo- Kaza-Gramphoo Road from Losar to Gramphoo and Chandertal Lake shall remain closed for winters. He said that due to heavy snow in high reaches and slippery road conditions, the decision has been taken. Khimta informed that the embargo was imposed based on the past experiences, as many travellers get stranded on these roads due to unprecedented snowfall around Kunzum pass area. He said that firstly the administration could not facilitate the travellers or tourist risking their lives, moreover rescue operation becomes very challenging in these extremely hostile weather conditions in remote places.
Admin imposed prohibition on any visitors near such lakes exercising Section 34 of the Disaster Management Act 2005, including Chandertal Lake for movement of all type of vehicles from this date onwards till further orders.  Any violation of this order will attract the provisions of Section 51 of Disaster Management Act – 2005, which provides for imprisonment, which may extend up to 1 year or fine, or both.
It is worthwhile to mention that water-bodies including small rivulet at higher altitude freeze with onset of winters. Suraj and Chander Tal of Lahual Spiti are amongst the most beautiful ones where visitors may now be allowed only next year in summers.

Something Is rotten in the State of Denmark’