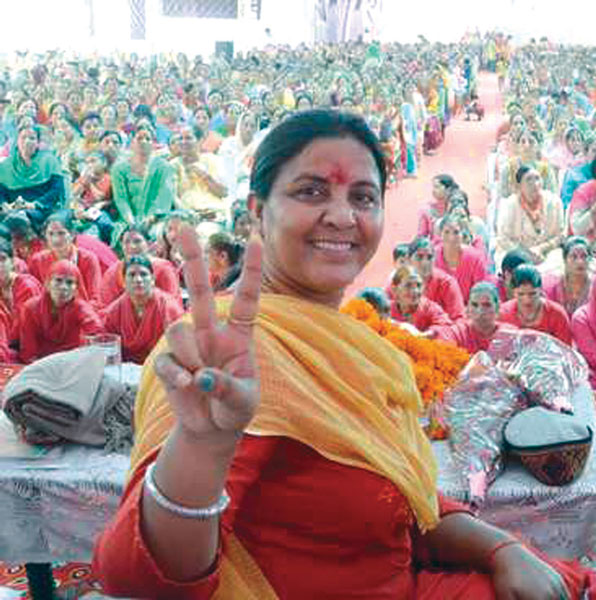 Kangra once again has made it to the limelight, after the name of Indu Goswami started making rounds for filling up the boots of state BJP president after the resignation of Rajeev Bindal.

Kangra is the only district of the state to send fifteen legislators (more than 20%) in the house of sixty-eight in the Himachal Pradesh Assembly. That makes it the most important district which plays a major role in government formation in Himachal Pradesh. For ruling BJP, Shanta Kumar was a force to reckon with from Kangra. He had to his credit of leading the non-congress the government on two occasions but attributed to bad luck both times could not complete his tenure and his governments fell after two and a half years. The first was in 1979 and the second was in 1990.

Thereafter the BJP governments in 1998 and 2007 were led by Prem Kumar Dhumal and on both occasions, he was able to complete tenure. However, in 2017 fates changed and the BJP Chief Ministerial candidate Prem Kumar Dhumal lost while BJP made it to power in the state.

Astonishingly Dhumal lost the Vidhan Sabha election to his political disciple Rajinder Rana from Saujanpur Vidhan Sabha constituency. It was a jolt to the most successful Chief Minister of the non-Congress government but a little solace was found as his son Member of Parliament found a place in the Center Government as Minister of State, Finance in the Union government under the leadership of Narinder Modi.

Talking of Kangra Shanta Kumar was the patriarch of the BJP in Kangra and was nominated to Rajya Sabha and also contested Member Parliament election reaching Delhi twice. But in the year 2019, he was denied the party ticket, and thus he made way for his political disciple Kishan Kapoor who also made to the Lok Sabha with a thumping Majority. Reportedly Shanta Kumar was denied ticket on the pretext of as he was considered one of the reasons for the defeat of Indu Goswami in the 2017 Vidhan Sabha elections from Palampur.

How fate played rough for the political ‘Pandit’ Shanta here

In 2017 he was adamant for getting the ticket for his favorite who on being denied by the party later contested as independent and was able to garner more than two thousand votes and in the process the official BJP candidate from Palampur Indu Goswami lost the Vidhan Sabha poll by a margin of over four thousand votes.

However, plans backfire at times and the same happened to Shanta Kumar. In the process, Indu Goswami was able to project herself as the tallest leader from Kangra district and managed to get elected to Rajya Sabha. Indu Goswami was nominated to the Rajya Sabha after the tenure of Congress Rajya Sabha member Viplove Thakur came to an end in April 2020.

The cards which Shanta Kumar played to block Goswami from making it to Vidhan Sabha in 2017, has today landed her in a better position. If Shanta Kumar was able to convince his political disciple to sit in favor of Indu Goswami then (2017) she would have been in the Vidhan Sabha thus making the road clear for himself or any of his favorite being the official candidate of BJP in Rajya Sabha.

However, it did not happen and today Indu Goswami has become a force to reckon within BJP of Kangra and due to her closeness with the high command has taken the center stage in Himachal politics. Gossips from political circles suggest that Goswami has a bright future and in the coming times could be elevated to a higher position in State or Central politics.