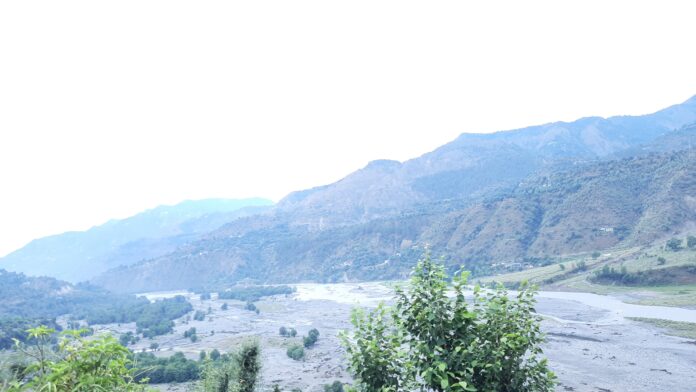 A nine months old female baby and her mother died due to drowing in Pabbar river near Badiyara bridge under Chargaon area of this district, confirmed a police officer.
Superintendent of police Shimla Om Pati Jamwal confirmed that victim mother Manisha wife of Khushal resident of  Nabi village were waiting for a vehicle on the parafit of road.
Suddenly the baby slipped from the lap of mother into Pabbar river. In order to save the kid mother also jumped in spated river. Unfortunately she couldn’t succeed in saving her child and both of them were washed down in the strong current of water.
Body of deceased mother was traced out by the police rescue team but the body of baby is untraceable so far.
Local people and rescue team have been searching the baby till dusk of this evening.
A Nepali who was also waiting for the vehicle near the same spot told the police that mother sitting on a parafit at Bhadiyar Kanchi(curve) suddenly lost her balance and her baby slipped down in the river. Without waiting for a second woman also jumped in the river to rescue the baby but non of them escaped in the shocking incident.
The bridge link Badiyar-Kaloti-Masoli-Diswani Dhank area  of Chirgaon Tehsil of Shimla district, he added.

I am Covid-19 positive please treat me- states a man returned...

Sunny weather gets respite for HP from the cold wave