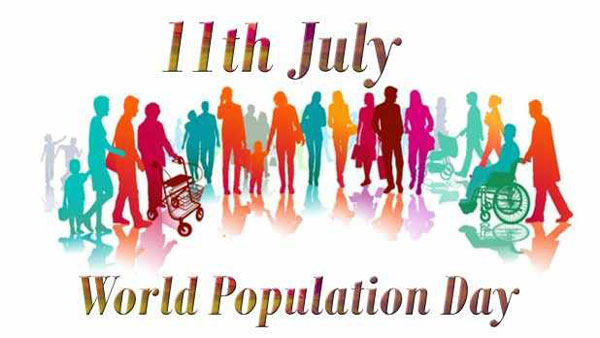 It is a matter of jubilation and celebration that in a few years the population of India will surpass that of China. As per the UN study, India will emerge as the most populous country in the world by 2027. Going by the statistics while the World population will peak out at 1100 crore by end of the century, that of India will peak out at 190 crore by that time. Not at all a matter of concern for the politicians across the board as a larger population would not only add to the number of gullible voters but also to the number of seats in Parliament. Neither the increasing gap of rich poor gap is a matter of concern and nor the depleting natural resources on which the humans survive.

During the past 72 years post independence, the population of the country has increased more than four folds to the present level of some 132 crore. The population explosion bells did ring during the late seventies when a lot of hue and cry was made on “Nasbandi” promoted by none other than the congress leader Sanjay Gandhi. The slogan of Ham “Do Hamare Do” with the red triangle was a common slogan in late 80’s and then it has perhaps lost the relevance. The Ministry of Family Planning was renamed as Family Welfare. Consigning the population issue to the back burner.

Again, when the population of the country was heading to touch 100 crores, a lot of concern was shown as population clocks were installed at various places in Delhi and elsewhere ticking to the explosion of population in the country. No alarm bells however rang as it crossed 100 crore.

The only solace may be a divine intervention since after peaking out 40 years from now the population will start declining as the numbers of 65+ aged  will show an increase over the youngsters. The rate of increase will however not show much decline thus slowing down the reversal trend. The rate of decline again will be much less than neighbouring China.

Unfortunately the successive Governments over the past 70 years have simply been adding to the freebies and doles indirectly leading to increase the numbers rather than enforcing any disincentives to contain it. Politics of appeasing religious segments has always deterred them from enforcing any measures. Wish the Modi 2.0 has any focus on the issue. The 100 days agenda however fails to address the issue.