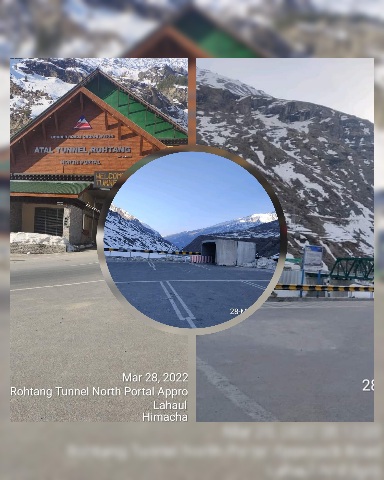 Shimla, Mar 28
Border Road Organization has completed the snow clearance operation on the single lane Manali-Leh NH-3 on Sunday. The road is likely to be opened for Vehicular traffic after inspection by Deputy commissioner & Police Superintendent of Lahaul Spiti district on Monday, a spokesperson of the district administration said in a press release. He noted that Manali-Leh road (NH-003) up to Darcha and Pangi highway(SH-26) is open for all vehicles. The road from Darcha to Leh would be opened after a joint inspection by the team of district administration and BRO. Around 434km Manali-Leh NH-3 was closed for vehicular traffic five months ago during the winter season.
This time the road has opened a month ahead of its regular period as Manali Rohtang tunnel provides aall-weatherconnectivity in round the year.

Bail cannot be made conditional based on heavy deposits beyond the...

After another pandemic forced shutdown, enthused students make it to school...