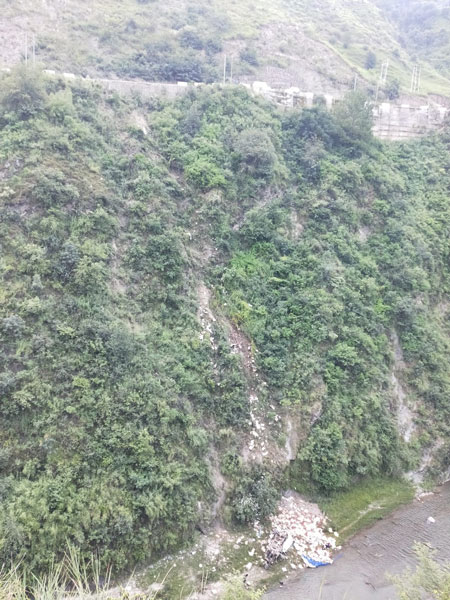 Shimla, Aug 19
Three persons died and one is injured in separate road mishaps occurred in the district during the last 24 hrs, informed a senior police officer. Superintendent of Police Shimla,  Monika Bhutunguru said that two people died and another is injured in a SUV accident near Lelupul under Theog early today.
The deceased were identified as Anup(27yrs) and Pratap(27)and  Injured Deepak (15). All the victims hailed from village Bagda in Theog area.  The Bolero ( HP30A-0292 ) fell in rivulet near Lelupul at around 0300 hrs today.
In another incident, under Jubbal subdivision resident Jagdish was rammed by a truck last night near village Mihana in Jubbal. The injured was rushed to the hospital where he was declared dead. The report of incident was recorded by another resident in the police station Jubbal. Investigation is being done into the incident, added the SP.