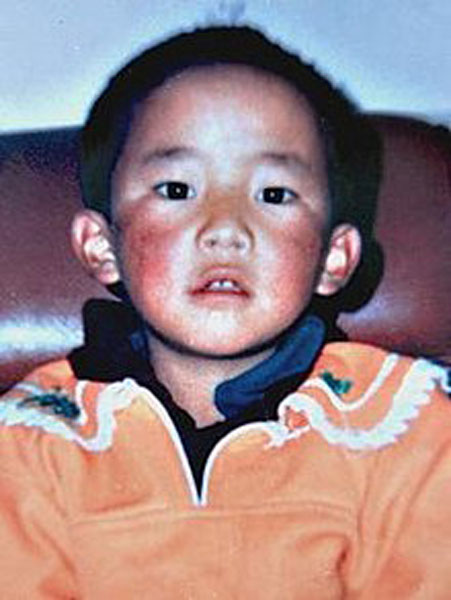 Kashag {The Kashag (Tibetan Cabinet) is the highest executive office of the Central Tibetan AdministrationCTA , with its head quarter in Dharamshala ,North India}, has issued a statement on Panchem Lama ,today at Dharamshala saying, “We pray that he is well and healthy, and with that aspiration we offer our greetings on His Eminence’s birthday. China must honour its claim of ethnic harmony in China by fulfilling the aspiration of the Tibetan people. It must right the wrong and release the 11th Panchen Lama along with his family and all Tibetans unjustly imprisoned.”

On 14 May 1995, when he was only six years old, the Panchen Lama was abducted by the Chinese Communist government along with his family after His Holiness the 14th Dalai Lama recognized him as the reincarnation of the 10th Panchen Lama. Buddhists around the world still hope that one day they  will be able to receive blessings from the Panchen Lama.

After orchestrating the disappearance of the 11th Panchen Lama, China, a self-declared atheist government and infamous for its persecution of religious groups in China, placed a young boy, Gyaltsen Norbu, as their own 11th Panchen Lama. But Tibetan Buddhist followers around the world, Gedhun Choekyi Nyima, the six-year-old boy recognized by His Holiness the 14th Dalai Lama will always be the true Panchen Lama.

The statement added, “Taking this opportunity, we thank all nations and their Parliaments founded on the principles of freedom and justice, international human rights organizations and individuals for their continued support. We appeal to the international community to make a concerted effort to press China to release Gedhun Choekyi Nyima and resolve the critical human rights situation in Tibet.”

Since his abduction, the UN Committee on the Rights of the Child (UNCRC) and the UN Working Group of Enforced or Involuntary Disappearances (WGEID) have raised questions on the whereabouts of the 11th Panchen Lama. Similarly, the US Congress, European Parliament and parliaments of various other nations such as UK, Canada, various governments, international organizations and Tibet support groups have released reports, issued statements and passed resolutions calling for his immediate release.

Mercury dips 9 to 10 degrees below normal in HP

Areas with more positive cases ‘to be made ‘cluster containment zones’...

Schools from 10th to 12th to open in Himachal Pradesh