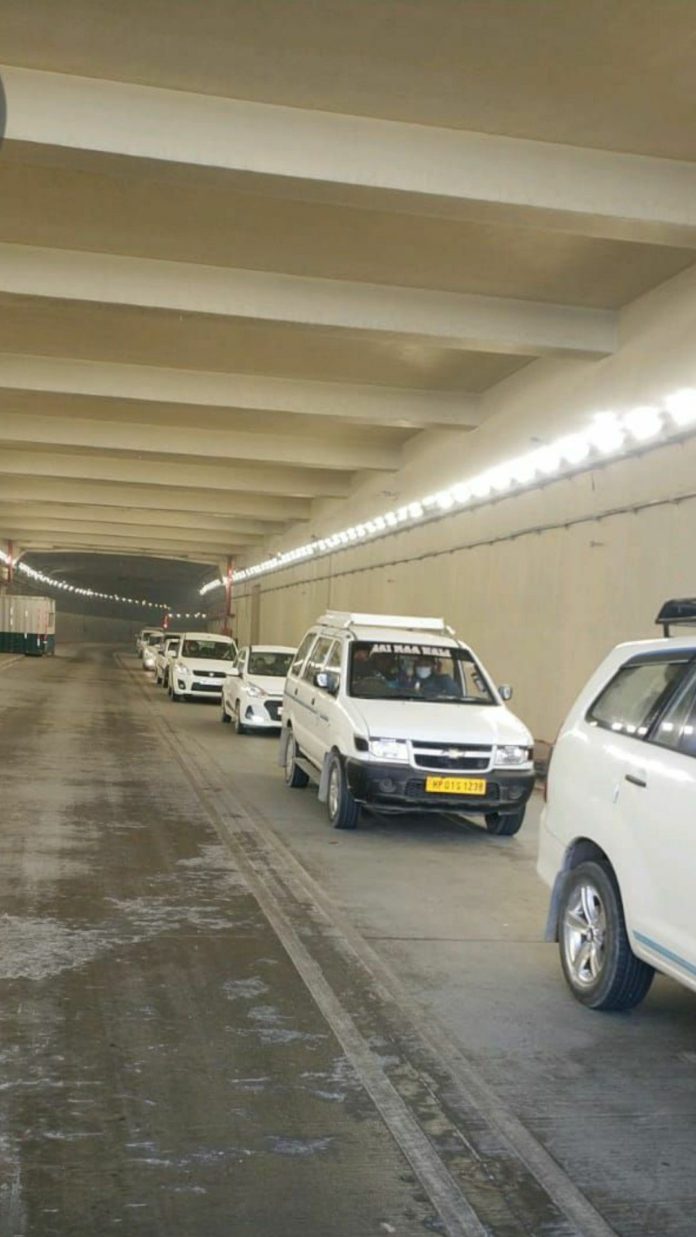 Recently commissioned all weather Atal tunnel on National Highway -3 has been restricted for commute to Keylong due to inclement weather. Lahaul Spiti police issued an advisory on Monday.
Issuing Travel Advisory Alert the LS police said that NH-003 is been blocked from North Portal to Keylong, (after snowfall and deeping down of mercury several degrees below normal).
The advisory said that no vehicle would be allowed without seeking prior permission of district administration on this road.
The advisory said that incase of emergency and for travel permission one could contract District Disaster Control Room  no- 9459461355 and police could be contacted 24X7 on the contract no. 8988098067 and 8988098068.
Meanwhile tourist places like Manali and Shimla keep recording over influx of tourists. Resultant choking vehicular traffic in the towns, forcing traffic arrangements to crumble.

Thousands of vehicles can be spotted on the capital roads with traffic moving snailpace during morning and evening hours causing delays. Even after significant job being done by the Shimla police, many regulars/daily commuters are not able to make it to work in time including hospital workers. The traffic jam situation has remained the same in the capital since the number of incoming tourist started swelling around 28th of December, last year.

Keylong shivers at minus 16.7 degrees