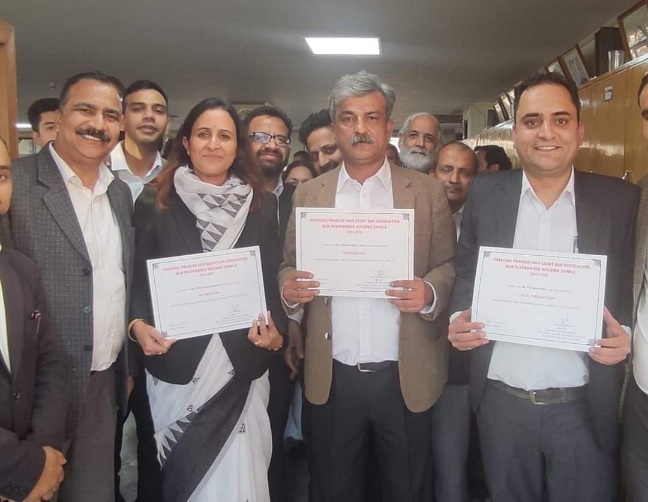 Shimla, October 1
Senior Advocate Ankush Dass Sood was elected as President of the HP High Court Bar Association, election on Friday. He won by an unprecedented margin of 329 votes in a direct contest against Sr Advocate Naresh Thakur who has remained Chairman of Himachal Pradesh Bar Council of India two times. Naresh Thakur is also siting member of the Bar council.
Polling for the High court Bar Association was held on Friday. After the counting held the same evening out of 1016 votes  cast, Ankush got 681 and Naresh- 329.
Tarun Thakur is elected as Vice President and  Abhilash Kandol as Secretary. Ankush Sood’s victory in the poll is being considered very remarkable as he defeated two time chairman of the Bar Council of Himachal Pradesh and being incumbent member of HP BCI

150 passengers got stranded in Lahaul,105 rescued