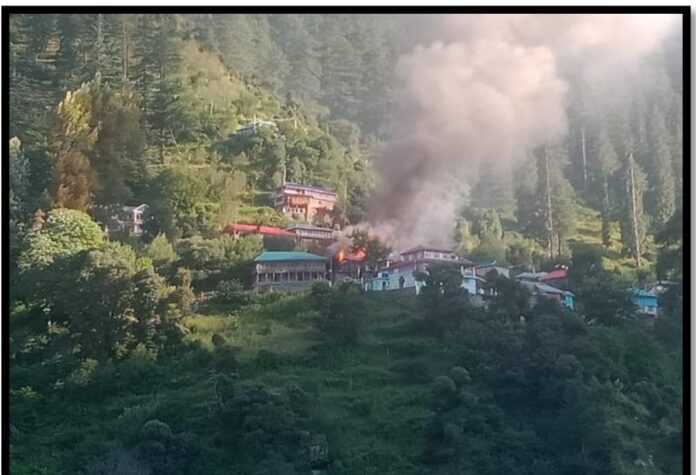 Shimla/Reckong-Peo, Sep 15
A major fire broke out in a Ramni villge under 0Nichar Subdivision of Kinnuar district
about 175 km from here on Wednesday. No loss of life is reported in the mishap, district official confirmed.
Deputy Commissioner Kinnuar Abid Husain Sadik said that fire broke out at 1630 hrs under Gram Panchayat and Village Ramni in which number of houses are gutted by the inferno which is yet to be brought under control.
DC said that fire vehicle moved from Jindal South West (JSW hydro power project) and power supply to village has been disconnected by the electricity department. Fire tenders were deployed to control the fire . More detail is yet to be awaited.