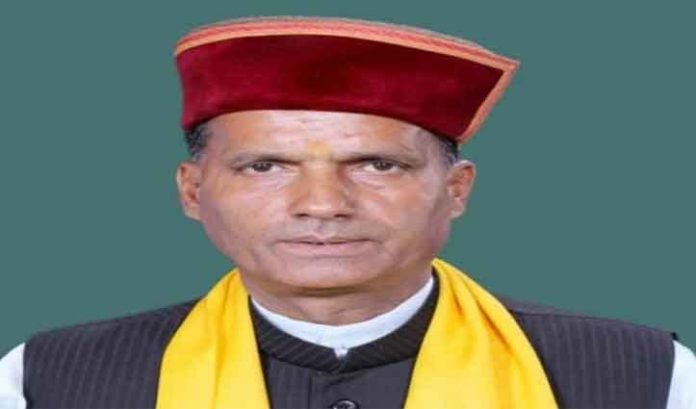 Himachal Pradesh Assembly condoled the demise of BJP member of Parliament Ramswaroop Sharma who died in his residence at Delhi on Wednesday.

The state assembly which is in budget session paid obituary references to condole the demise of Sharma.

Chief Minister Jai Ram Thakur condoled the demise of Sharma said that he recently attended the Mandi Mahshivratri and joined the Shivratri Jalaib (procession) for two hours. Chief Minister said that Sharma did not look well to him and he had also inquired about his health

Thakur said that he recently met him at Delhi and remained along with him until I returned to Shimla. Sharma was soft spoken and always showed keen interest in the public welfare.

Chief Minister hailed dedication of his services to public life of Sharma stating that he was elected twice from Mandi parliament securing record victory in his first Lok Sabha election in 2014 by wining more than 40500 votes.

Thakur said that when Sharma was asked to fight Lok Sabha election 2014 he was not keen to fight and he insisted him to not press his name for the Lok Sabha ticket. During the election of parliamentary board meeting I refused to not fight for the LS however proposed his name, added Thakur.

CM informed that Sharma’s body is at Delhi and it would be taken for the postmortem after his family member reach there. His last remains would be brought to Jogindernagar to perform the last rite after the postmortem by today.

The house also observed two minutes silence and adjourned for the day in mark of respect to the departed soul.