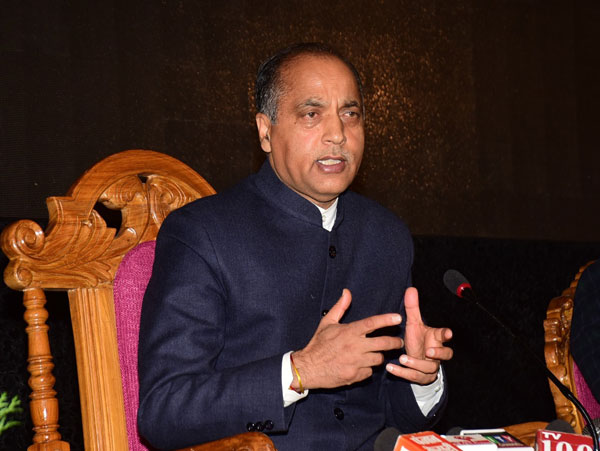 HP Chief Minister, Jai Ram Thakur today laid to rest the speculations that the assembly elections in the state would be preponed. He said that the elections would be held in time and there was no question of holding the elections ahead of the scheduled time.

Thakur who had reached at Kanjyan village of the district today to attend a private religious function said that the BJP would continue to serve the people till the model code of conduct was implemented.

Talking about the shortage of doctors in the state, he admitted that there was a shortage of doctors in the state, but for the first time in the history, this government has made a provision in the budget to recruit 500 doctors. He said that this shortcoming will be removed soon. He said that the process of filling up the posts of Professor and Associate Professor in medical colleges was going to start soon.

Speaking on the incident of arson in Solan, he said that the administration was keeping an eye on it and wherever assistance is required, that will also be provided.

He hit out at the Congress party for raising hue and cry over the writings of Khalistani slogans at the Dharamshala assembly gate, and said that this was an issue related to national security and politics should not be played on it. He said that after the incident the SIT was formed and both the guilty were behind bars.

Thakur said today that there was no threat to the security and integrity of the state from terrorists and intruders as the state government had taken timely and adequate steps had already been taken in this behalf.

He said that people of the state were brave enough to deal with the situation and they would not allow anyone to create law and order problems in the state.

He said that those sending threats from outside India were anti Indians and had no love and faith with the people of India.