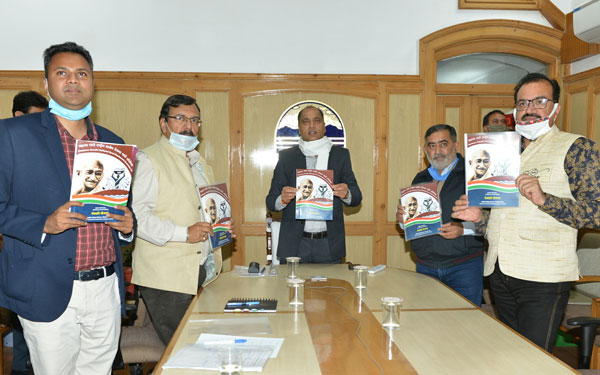 Chief Minister Jai Ram Thakur today launched ‘Panchvati Yojna’ for senior citizens of rural areas of the State under which parks and gardens would be developed in every Development block with necessary facilities under MNREGA Scheme of Rural Development Department. He said that the main objective of this Yojna was to provide opportunity to the elderly people to spend their leisure time in entertainment and strolling in these parks and gardens.

Chief Minister said that these parks and gardens would be developed on leveled land of minimum one bigha with convergence of MGNREGA, Swachh Bharat Mission (Grameen) and 14th Finance Commission to enhance the life expectancy keeping in view the health requirements of the senior citizens.  He said that Ayurveda and medicinal plants would be grown there besides providing recreational equipment, walking tracks and other basic amenities for elderly people.

Chief Minister said that the parks would prove a boon to the senior citizens to lead a healthy and happy life by taking benefits of these parks. He said that the State Government was striving hard to provide maximum facilities to the people of the State and this scheme was one of them in this direction.

Thakur said that the COVID-19 scenario has forced the policy makers to rethink and reformulate policies and programmes with special focus on rural development.

Chief Minister said that as 90 percent population of the State reside in rural areas therefore the focus of the Government was on rural oriented policies which had been ensuring accelerated pace of development in these areas.