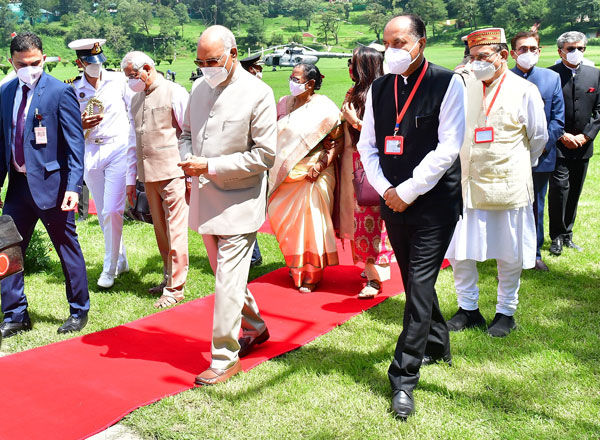 During the Ceremony, 38 officer trainees of 2018 and 2019 batches of Indian Audit & Accounts Service will be awarded their induction training completion certificates in the presence of President of India and other dignitaries. Three top performing officer trainees from each batch will be awarded Gold, Silver and Bronze medals by the Hon’ble President of India. The National Academy of Audit and Accounts at Shimla is the apex training institute of the Indian Audit & Accounts Department. It imparts induction training to the lA&AS officers recruited through the Civil Services Examination. Since its establishment in 1950, it has trained hundreds of IA&AS officers with the objective of moulding them into highly professional and competent officers.

The Academy plays a vital nurturing role in helping the institution of the Comptroller & Auditor General of India discharge its constitutional mandate. The Academy also conducts Continuing Professional Education Programs for serving officers of Indian Audit and Accounts Department as well as senior officers from All-India Services, and other Central Civil Services in specialized aspects of public audit and accounting.

Five hours relaxation in curfew in the State