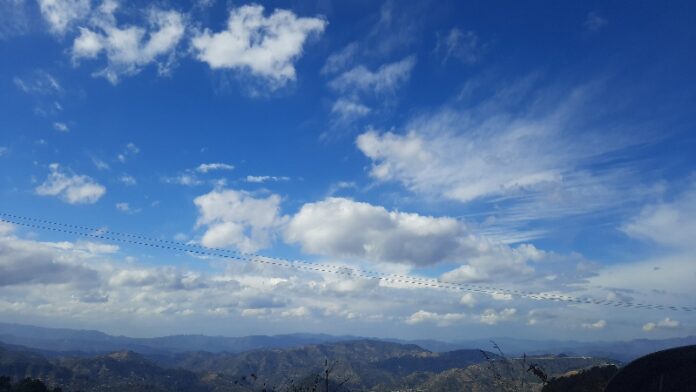 Shimla, Jan 29
People  of the state got little respite from the extreme cold wave with improvement in mercury by a couple of degrees as it was mainly dry and sunny during last 24 hrs, informed the Met Office.
Minimum temperature improvised by one to two degrees in the last 24 hrs as it was normal and sunshine with mainly dry weather during the day provided respite to people from the long cold spell due to recent heavy snowfall in the state.
Keylong, headquarter of Lahaul Spiti was recorded minus 11.3 degrees and one degree below normal.
Kalpa in Kinnuar was minus 5.2 degrees, Kufri minus 1.6 degrees viz. a viz. that of minus 3.6 degrees of yesterday
Tourist favourite Manali remained at 02 degrees. It was minus 2.5 degrees yesterday. Dalhousie 5.7 degrees and was minus one degrees. Shimla 6.6 degrees and Solan 1. 7 degrees, both were zero degrees. Palampur three degrees, Chamba 3.4 degrees, Dharmshala 1.7 degrees, Bilaspur four degrees, Hamirpur and Kangra 4.2 degrees,
Mandi four degrees, Una 4.8 degrees, and Nahan nine degrees respectively.
The Met forecasts mainly dry weather however moderate to dense fog at isolated pockets in next 24 hrs.

‘The fighter is gone’: A tribute

HP Govt restricts number of persons in gathering to 50, offices...