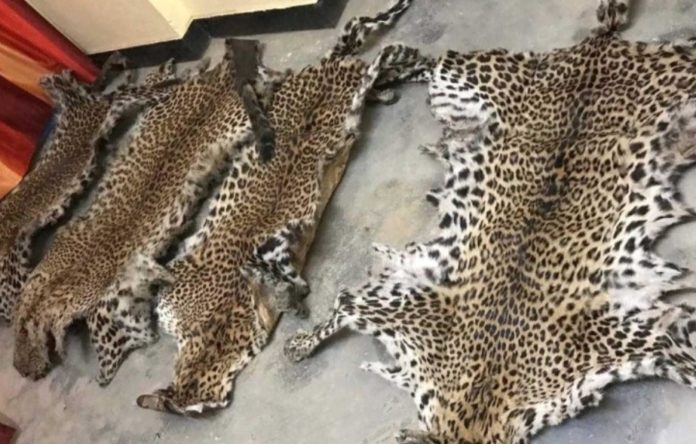 State police today seized three hides in separate raids conducted nabing three Accused involved with the crime. In its pursuit for protection of wildlife in Himachal Pradesh, the State Police is keeping a continuous vigil and taking strict action against perpetrators of wildlife crimes.
Yesterday on the 15th of June, in another case, the Police recovered and seized one more skin of an adult leopard in Solan, and arrested the accused red-handed before he could reach the inter-state barrier near Parwanoo. As per the accused, he was about to cross the border with the skin concealed in his bag.
Earlier last week, on the 6th of June, Shimla Police had recovered and seized 3 leopard skins, teeth and nails from a shop in New Shimla and arrested 3 people in the matter.
The State Police had also recovered three leopard skins in Dehra, District Kangra on the 17th of February.
Since January 2021, the State Police has arrested a total of 22 persons under the Wildlife Protection Act, 1972 and several sections of the IPC as found
involved in 16 different cases of unlawfully detaining, killing and smuggling of wildlife of
different kinds including leopards, sambhers, cobras and lizards etc.

Counting of votes in HP: helpline for seeking info