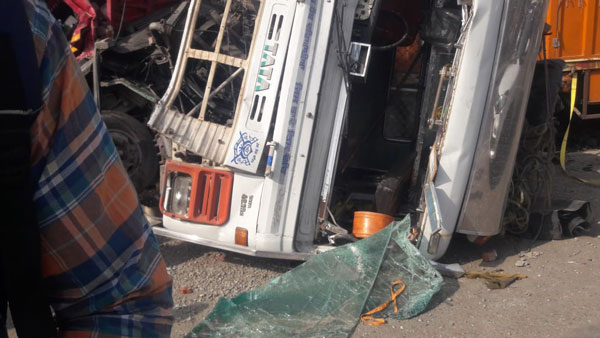 Shimla, Mar 10
Attributed to a big accident nine people were killed in Chamba district of Himachal Pradesh. A private bus ‘Happy bus service’ went down the road at about 10AM this morning, taking toll of these lives and injuring 7 others.
The bus was going from Bodri to Chamba when on a curve called ‘Tisaa colony mod’  it went off the road.  Six people in the bus died on the spot while two people succumbed to injuries in the hospital.
It is being told that 16 people were boarding the bus in which 8 people died while 8 are under treatment in Chamba Hospital. As soon as the accident was reported, the locals dived to to relief and rescue work.  Meanwhile, the police also reached the spot and started rescue and relief operations.
However reasons for accident, are yet to be ascertained.
Vidhan Sabha Deputy Speaker Hansraj Chauhan has mourned the accident.  He expressed his condolences to the families of the dead and wished for speedy recovery of the injured.  He said that eight people have died in the accident. To supervise the operations there the Deputy speaker has rushed to Chamba leaving the vidhan Sabha session.
CM Jairam Thakue also expressed his condolences to the families of the deceased.