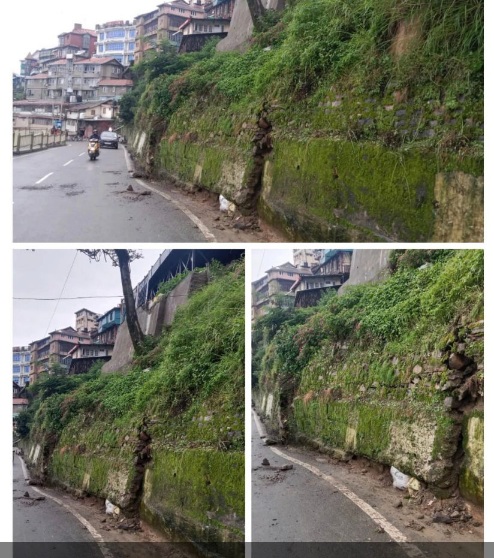 Apple Loaded truck went off Road on the bypass road
Shimla, July 27
Vehicular traffic was restored on Shimla Cart road between Old ISBT and Lift this morning after remaining closed since yesterday afternoon, informed a traffic police control room official. Vehicular traffic had been closed after a landslide and caving in of road retaining wall near Gurudwara parking and Gunjbazar road at 4.30 pm on Tuesday.
A Traffic official told us that the entire cart road was cleared after removing the debris from the affected portion at 9.30 am this morning.
Meanwhile, an Apple-loaded double axle truck went off the road near Junga Bypass this morning. No loss of life was reported in the mishap. Police rescue team is on the spot. The apple boxes fell down the hills causing heavy loss to the crop.