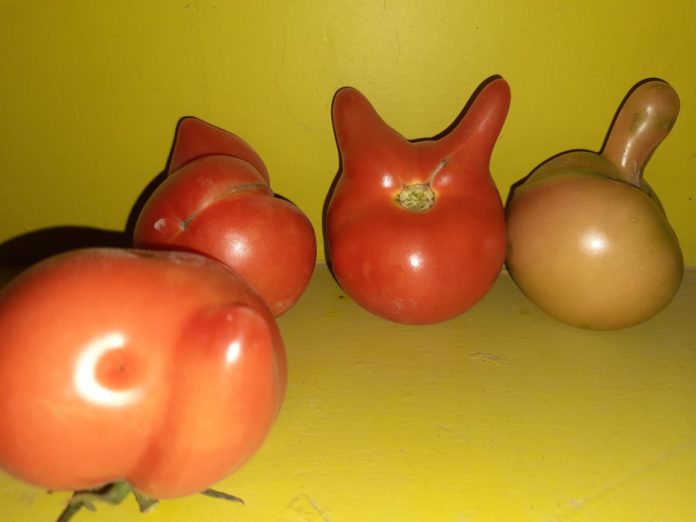 Farmers from Solan, Shimla and Sirmaur district are up in the arms against Narendra Modi Govt at the centre and Jai Ram Government for pedalling softly against number of firms selling uncertified seeds to them.
A Dharna Pradarshan was being organised under the left affiliated Himachal Kissan Sabha state wide as number of farmers have been feeling cheated because the seeds of Tomato and Cauliflowers sawn by them in bulk is found uncertified and not true to its branded quality living them in heavy distress and under heavy burden of debt.
Farmers are trying to unite under the banner of HKS in Solan, Shimla and Sirmaur districts as the mid hills and foothills areas are considered Asia’s highest yielding off seasonal vegetable hub.
Kissan Sabha state President Dr Kuldeep Singh Tanwar who is also called father of literacy mission in Himachal said that uncertified seeds of Tomato and cauliflowers sold by some so called hybrids firms are rendering heavy debt and economic losses and no action has been taken against them.
He said that Farmers have given memorandum at every block to provide relief and compensatory package to those who had purchased these uncertified seeds and now their produce has no demand.
He said that State Govt should launch market intervetnion scheme (MIS) to purchase the uncertified tomato and cauliflower from the farmers at the MIS rate of Rs 16 per kg to compensate them. Beside he demanded blacklisting and penalising of the errant firms for supplying uncertified seed not true for its hybrid quality.
He said that rockstar seed which was used by thousands of farmers last year gave them good yield, however this year Rockseeds gave progeny of lopsided and bulged fruit which is illegal practice in the seed market.
He said that protest was also organised over mushrooming of uncertified plant and seed firms under the Modi -Jai Ram Govt which is pedaling soft on them after already hitting the farmers by bringing three farms law against them.
A memorandum was handed over to Block Developmental Officers to Chief Minister Jai Ram Thakur seeking strict action. Tanwar said that they heard that some of firms were blacklisted by the Govt but it is eyewash as the farmers are still feeling cheated for not being compensated.
The delegation led by Dr Tanwar met with Agriculture extension officer Mashobra and apprised them about the burning issue of declining productivity and supply of uncertified and spurious seeds in the markets.
He said that the firm supplied uncertified Rockstar Tomato seeds to number of farmers which are to much lopsided and bulky having dull colours moreover the Syngenta: Cauliflowers seeds supplied to farmers of Mashobra and Theog other parts of Kasumpti assembly segments was found multicoloured and of ill developed size.

Dr Tanwar said that farmer would not allow the uncertified seed firm to sell it’s products in the state if it doesn’t compensate the loss of Tomato and cauliflower crops .
Practice of supply of uncertified seeds are becoming prevalent in the state as govt and state agencies allowing such firms to cheat the Farmers.
The quakes and unregistered middleman are making Silver business as such people are being given immunity by the government, he added.
Thousands of farmers and apple growers are facing the menace of such cartels every season forcing them to bear an irreparable loss. Illicit market practice are mushrooming every year, added Tanwar.

Barring Solan, all other 3 MCs get Mayor and Dy Mayor