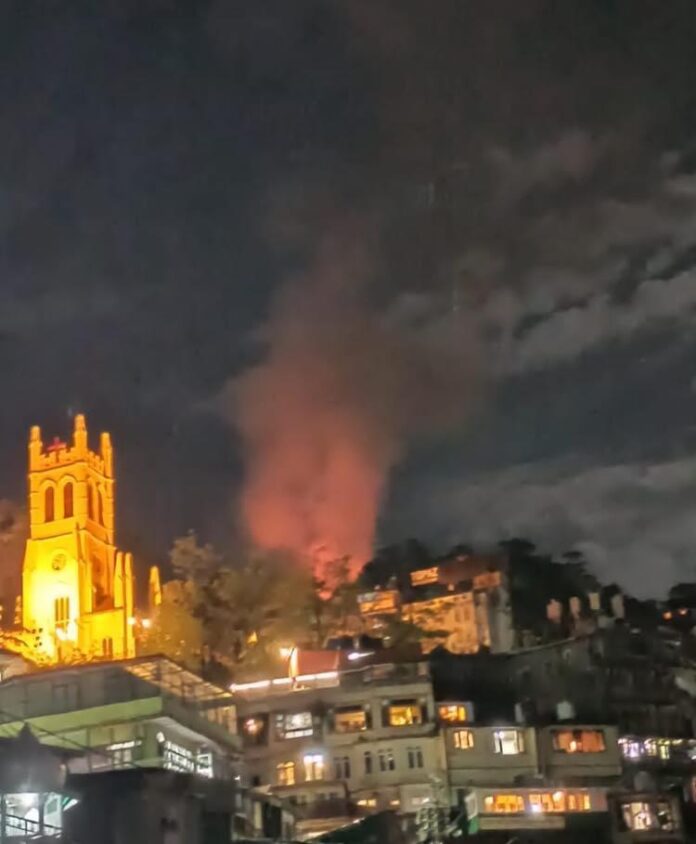 A fire broke out from some inflamble substance in shanties near Holly lodge at Jakhu hill this evening fire source confirmed.

A fire source confirmed that the blaze broke out in the temporary shelters or Shanties of Nepali labourers near residential accommodation of Former Chief minister Virbhadra Singh this evening.

Fire tenders rushed to spot from Mall road and Chhota Shimla fire station to douse down the infernos.

Long blazes could be seen rising to sky from rest of town creating panic among the local residents.

Intial reports coming from the spot confirmed that connecting road to this place is narrow and only light fire tenders could reach on the spot.

Police and team of district Administeration also rushed to the spot.

Police sources said that fire broke out after some blast in the inflamble substance which may be LPG cylinder or cooking kerosene stove .

Eye witness confirmed that fire broke out from the bursting of three LPG cylinders. A girl also sustained burn injures and rushed to IGMC Hospital .

Currently fire is being doused as two fire tenders could reached the spot.

The blazes couldn’t brought under control till filling the report.

This spot situated near the Shishaiwali Kothi , ancestors building of A O Hume founder and first’ president of Indian National Congress .