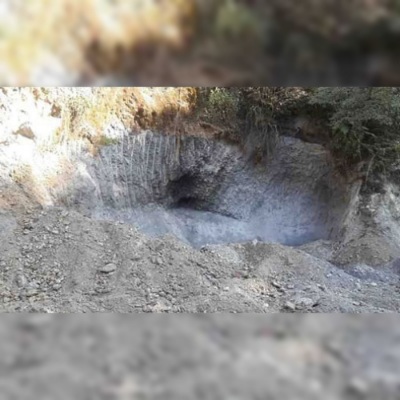 Shimla, Feb 3
Illicit  mining and theft of natural sands, stone chips and gravel coninues on the link road from Bhatrogalse to Puruwala unchecked 24×7, as dozens of trucks and trolleys are being ferried to Vikasnagar and Dehradun in Uttarakhand from banks of Giri river.
Whistleblower, social workers have been making complaints to the officials to stop the illegal trade running openly under the nose of the Forest Department and Mining and Industry department.
A complainant lamented that a few corrupt forest officials may be involved in trafficking racket as they are ignoring mining and use of an alternative connecting road passing through Puruwala Forest department land spreading around 6 km long.
Illegal route of unpaved link road out of the river is being used to load dozens of vehicles daily for different areas.
He added that illegal mining is carried out on the bank of Giri river, most of the time. The black business is being run using alternative route from Bhatrog to Puruwala to cater the supply of private crushers.
Being lesser populated and non-residential area around the  Puruwala forestand river makes it as safe black haven for illegal mining. Adding the complainent said that the illicit rrade is being run so efficiently which could not  be possible without involoment of  departmental employees and officers.
The local people have made many complaints regarding the mining but departmental proceedings wre confined to record and rituals checking. The illegal trade is relentless as route to evecuate state wealth from the river side was not being intervened by the department as the connecting roads was constructed without seeking permission.

No threat from Parechu lake in Tibetian Himalayan region