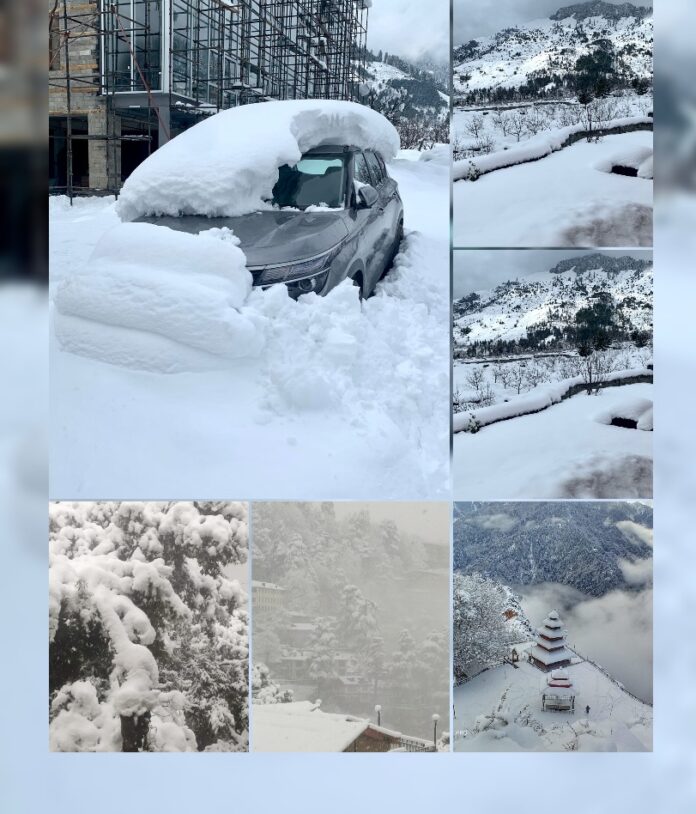 Shimla, Jan 28
The coldwave, fog and thick layer of frost has increased cold wave in Himachal Pradesh, during night and wee hours in the state as Keylong, headquarter of Lahaul Spiti district shivered in minus tempratures, confirmed the Indian Meterogical Department.
Despite clear Weather minimum temperature plummet by two to three degrees in last 24 hrs as Keylong was minus 16.7 degrees and seven degrees below normal.
Kalpa in Kinnuar minus 5.4 degrees, tourist Kufri and Manali minus 3.4 degrees and three degrees, Palampur 0.5 degrees. Dalhousie 0.6 degrees, Solan 1.5 degrees, Shimla, Dharmshala and Chamba two degrees, Kangra three degrees, Mandi 3.5 degrees, Bilaspur, Una and Hamirpur four degrees each and Nahan 7.7 degrees.
People took respite from coldwave in the day as it was mainly sunny today and maximum temperature increased by couple of degrees though remained below normal by two to three degrees.
Manali ATR-Keylong road is open for four by four vehicles (Tata Sumo with chain) only in case of emergency. The road is in one-way condition and the weather is clear. The Met Office forecast mainly dry weather in the next 24 hrs.