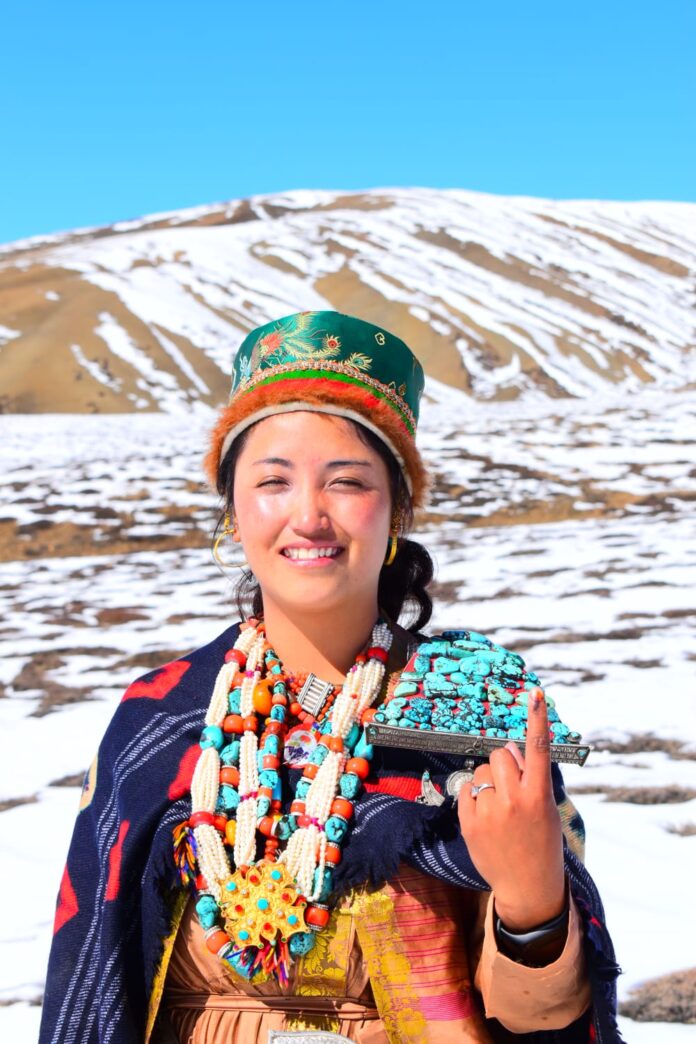 Shimla, Oct 30
Showing protest over setting up power projects, electors of three gram Panchayats,  six village polling stations of Kinnuar district boycotted bye polls registering no votes in four polling stations and just 14 votes in two other polling stations.
Spokesperson of district returning officer Kinnuar confirmed that EVMs returned empty in Rarang Jangi, Shilpa and Akpa polling stations of these village in the district under Mandi Parliamentary segment as no voter turned up to caste ballot.
Villagers fromthree Gram Panchayat namely
Rarang, Apka and Jangi had given call of boycott the bye election after failure of state government to scrap the 740 maga Watt Jangi Thapun power project in these panchayats on their demand.
Spokesperson confirmed that not a single person turned up to cast their votes in the polling stations Rarang, Akpa, Jangi and Shilpa and just 12 People cast votes in Asrang 1 and two in Khadra polling station till polling came to end at 1800 hrs on Saturday.
He said that in all other polling stations of district about 52 pc turn out was recorded till 1700 hrs as long queues of people were seen in some of the polling stations till 1800hrs waiting their turn to cast vote.
Moderate polling was registered in the Mandi Parliamentary segment as this seat fell vacant after the death of BJP MP Ramswaroop Sharma in the month of March this year.
No report of violance and untoward incident was reported in the state as the polling ended largely peacefully amid pleasent Weather.

SJVN aiding with all resources to combat crisis