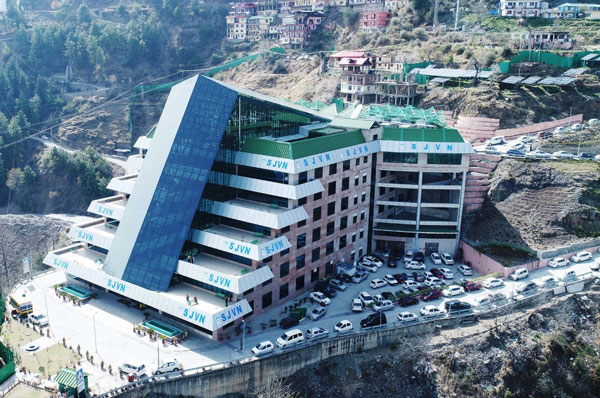 Applauding the efforts of his entire team, CMD said that the 1500MW Nathpa Jakhari hydro power station of SJVNL has generated 290.47 MU in January 2022 exceeding its own  previous record of 277.63 MU achieved in January 2020. He also said that in the month of Jan 2021, last year  the project had clocked generation of 265.69 Million Unit. It has registered 10 per cent growth in the Power Generation compared to last year.

NJHPS has surpassed its design energy of 6612 MU (90% dependable year) on 31 st January 2022. This feat has been achieved with two months of financial year still to go, he stated. SJVN’s power stations have already generated 8612 MU during initial ten months against a total design energy of 8700 MU.  He said that in the last three quarters of the FY, Plant Availability Factor of NJHPS & RHPS(Rampur Hydro power Station is the best ever as PAF recorded 108 percent & 107.94 pc respectively.

Achievements are the testimony of the technical expertise of our employees and Best-in-Class Operation & Maintenance practices adopted by our Operating Units. Despite of the impacts of global pandemic, and other challenge the firm has performed exceptionally well,  CMD added.