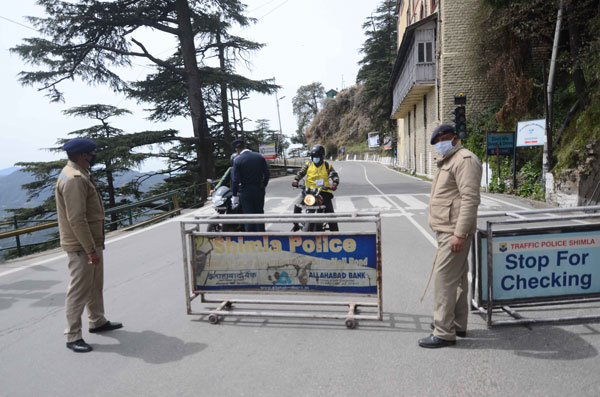 After the two recent incidences of VIP breaking lock-down laws, the state police seems to be in no mood let-off such. Perhaps the interest of doing short trekking has come up heavy on a former Chief Secretary who is now now residing in Mahobra near Shimla. Reportedly the police have registered a FIR on former ACS Deepak Sanan and 8 others, including his daughter.  Yesterday the police got information that two vehicles have been seen plying from Khatnol towards Baldiyan road. Reportedly the occupants of the vehicles had trekked to Shali peak and were now on their way back.  Both the vehicles were intercepted near Khatnol and a case was registered on them under section 188, 269 and 51 of disaster management act. Also violation of section 144 has been imposed on the entire party, informed a police spokesperson.

Earlier in the day, police headquarters (DGP) had ordered the Kinnaur SP to submit a detailed report about the incidence of transporting his family back from Delhi. Superintendent of Police Kinnaur had on Tuesday explained that the family was brought back due to a death in family and that everyone who had travelled were under home quarantine as per instructions by various health authorities. However, later a controversy arouse that the SP had used a private party vehicle belonging to a local project for the purpose. Moreover this alleged vehicle was driven by the SPs driver and another accompanist, both were from police department. Thereafter a detailed report was soughted by the state police chief.