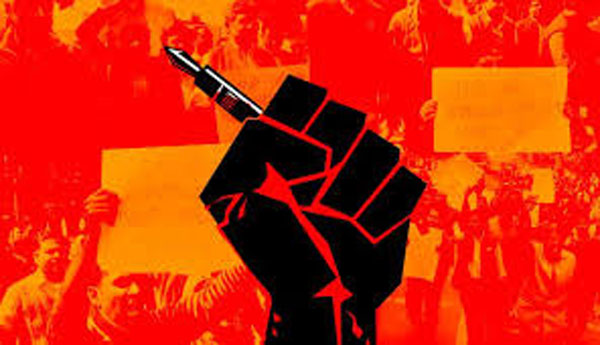 Shimla, Nov 6
After the State vigilance bureau booked a noted media person from the capital on basis of frivolous complaints recently, the press club Shimla passed a resolution and later also handed over an Memorandum to Chief Minister Jai Ram Thakur alleging the latter for curbing the freedom of the press.
President Anil Bhardwaj convened a meeting of senior journalists at Press Club Shimla which was attended by about 50 journalists to protest against registration of frivolous complaints against Baldev Sharma Editor of Hindi new Weekly Shail recently by the state vigilance Department.
Sharma said that he was summoned by the state Vigilance Department on the basis of a forged complaint by a BJP councilor about his office premises. He said that the issue was settled by the Himachal Pradesh High court as similar case was also filed against him in the past.
Media persons belonging to various organizations unanimously resolved to lodge a protest against the State Government on this action and decided to hand over a Memorandum to them. The same was handed over to Chief Minister JaiRam Thakur at Peterhof, the state government guest house.
Press club demanded to quash the FIR lodged against Sharma and sought quashing of a number of other FIRs lodged against media persons in various part of state during the Lockdown.
Recently Jai Ram Thakur and BJP party president Suresh Kashyap had condemned the Shiv Sena Government in Maharashtra for booking Republic TV journalists on alleged complaint of abetment to suicide. Yet here on the contrary the state Government has booked number of journalists after coming in power three years ago, he added.
Chief Minister JaiRam Thakur however stated that the State government respects the fourth pillar of democracy. Assuring he said, that cases registered on journalists across the State will be taken back in a systematic manner.