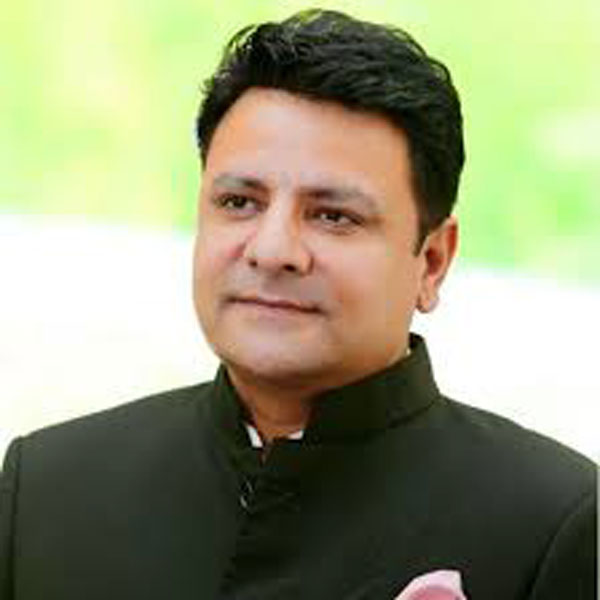 Reacting over Lockdown-4 Former Congress Minister & AICC Secretary Sudhir Sharma in a press release said today that as COVID-19 pandemic wrecks havoc across the globe, besides human kind the worst victim of this dreadful virus has been the global economy.

India has not been far by its effects which already were in doldrums because of previous policies of Modi Government such as demonetization and GST, he added. Before we were hit by this dreadful virus in India, small businesses with weak revenues were already struggling with cash flows, while daily-wage earners were impacted majorly,” he added.

“In fact specific sectors like tourism, entertainment and aviation were bleeding in the last fiscal also,” he informed. Adding,”Even before the COVID 19 pandemic hit and lockdown killed the economic activity we had been suffering from low levels of capital formation.”

He said that the long saga of stimulus package of Rs 20 lakh crore (which went on for Five days on all TV channels like an epic) most of it is in liquidity and guarantees and unlike many other major economies in the world there is not much direct cash support or demand push.

The government intends to undertake reforms across eight sectors as part of the Prime Minister’s Aatmanirbhar Bharat scheme—a post pandemic economy plan that’s aimed at helping the economy. However, the sources of funding the entire scheme is still a secret for everyone, added Sharma.

For the MSME sector the package unveiled six critical measures to prop it up, which also is considered the backbone of India’s economy. In fact this is one of the sector which has been facing the maximum brunt of COVID-19 lock down. Referring to collateral-free loans up to Rs 3 lakh crore backed by government guarantee, Rs. 20,000 crore subordinate debt provisions for stressed MSMEs, Rs. 50,000 crore equity infusion through fund of funds, global tender restrictions, repayment of dues within the next 45 days and change in definition of these businesses, he stated that these measures are not going to help at large. Also, it remains to be seen how soon flows of credit will take place as time is very crucial in the present situation in order to meet the immediate requirements of the sector.

Another sector unattended in this package is the poor migrants hitting the roads walking hundreds of miles.  The Center Government has not given a clear signal of assistance to the private sector which has already started  large scale retrenchments and lay-offs, besides pay cuts, he added. “They announced a huge package for the MSME sector but didn’t dare to announce a package to protect the wages, salaries and pay cheques of about 11 crore people working in the MSMEs sector,” he demanded. Many people working in these sectors are waiting with bated breath to know if whether their jobs is secured and their salaries and wages will be paid.

Sharma added that the agriculture sector forms the backbone of our economy for decades. To unshackle this sector the Essential Commodities Act needs to scrapped not amended as it is planned. This year the the Economic Survey  pitched for scrapping of the Essential Commodities Act (ECA), saying the law is “anachronistic” that leads to harassment and is of no help in checking price volatility. The Survey also favored “dynamic” food grain policy that allows switching from procurement and distribution of grains to cash transfers, but disfavoured loan waiver to farmers that disrupts the credit culture.

He added that the  package also does not address the needs of small retailers. According to an industry report India’s small retailers run 12 million shops, employs 40 million people, and are responsible for an annual business of more than Rs 700 billion.  While all stores are shut but they need to continue to pay rentals and expenses like electricity, etc. Hence, they are struggling to be viable businesses.

“At the same time, the tendency of the consumer to go digital and use e-commerce channels has increased due to safety concerns of COVID-19 and this is beginning to cannibalise business from small retail too,” he presumed. The kirana stores need liquidity as they were not allowed to sell non-essentials and in many areas which were under complete lockdown these stores were not allowed to operate.

The announcement of package has evidently shown that the government is direction less and worse days for our economy are coming ahead. “It is very clear and evident from style and functioning of Prime Minister Modi that he is a headline grabber,” commented former minister. He said that the figure of the package definitely attracts but the entire package does not have any meaning or substance.

It is high time the government amends its package and come out with a plans which help to fight COVID-19 economy depression or else another economic epidemic of devastating nature could be witnessed soon, concluded Sharma.