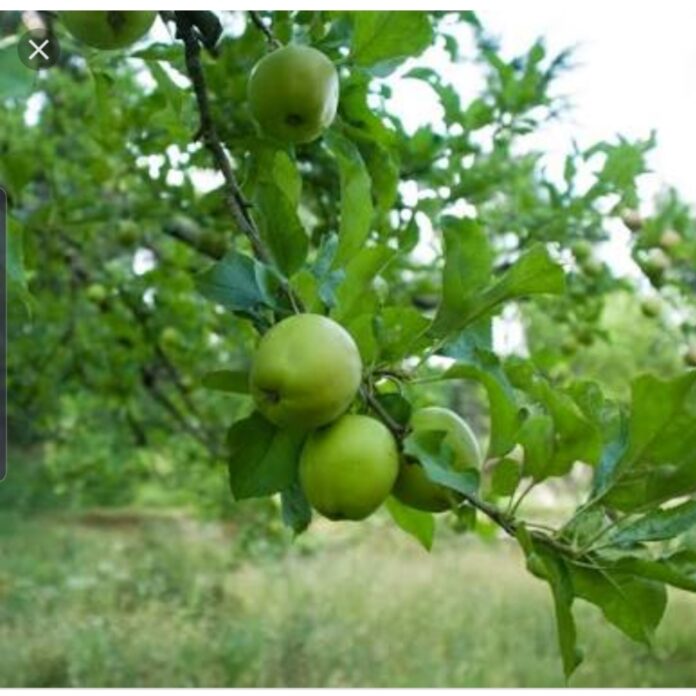 The fungal disease of scab has infested apple orchards in Himachal Pradesh during current monsoon season. The infested areas were identified first in Shimla district, and later in Kullu, Mandi, Shimla and Sirmaur districts.

This was revealed in the Assembly in the monsoon session in a written reply of CPI(M) member Rakesh Singha in the question hour of state assembly.

The government said that incidence of Apple Scab was reported on May 21, 2020 for the first time in Baghi Sheelghat and Barhal areas of District Shimla due to excessive rains and moisture and high temperature .

Later on, the incidence of apple scab was reported from some areas of District Kullu, Kinnaur, Mandi, Chamba & Sirmour.
The Department of Horticulture has issued advisory through the field offices time and again to advise the farmers to
regularly follow timely protective measures like continuous monitoring, regular prophylactic and protective sprays etc immediately to combat the spread of this deadly disease.

A committee comprising Deputy Director(s) of Horticulture (Chairman), Subject Matter Specialist(s), Horticulture Development Officer(s) and Scientist(s) of nearby Regional Horticulture Research Stations or Krishi Vigyan Kendras of UHF, Nauni had been constituted for visiting the infested areas and suggesting the necessary remedial measures to be taken for the control of apple scab.

Government claims that sufficient quantity of pesticides on subsidized rates has been supplied by the Department to all the Plant Protection Centres or Horticulture Extension Centres of the State and the committee is regularly submitting the weekly report of incidence/occurrence of Apple scab, area infested, measures taken, advisories issued and availability of the pesticides to the farmers.

The farmers have been advised time and again to follow the spray schedule. The spray for the management of Apple scab by the State Project Unit under Prakritik Kheti Khushhal Kisan Yojna, Directorate of Agriculture, Shimla also recommended natural fungicide Jeevamrit 10 per cent plus 5 per cent Khatti Lassi followed by one spray of Saunthastra or Kandi at 15 days interval.

Nehru Yuva Kendra to train youth for self reliance