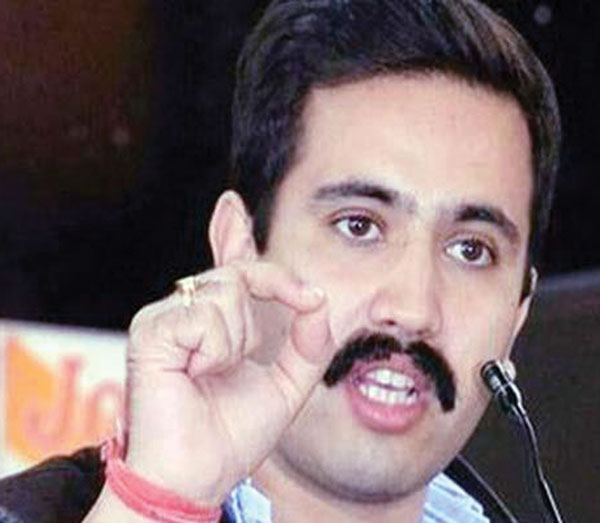 Shimla, Nov 14
State Congress unit lashed out at the Jai Ram Government for allegedly working with political vendetta against the people and areas which voted against the ruling Government and elected Congress candidates in the election.
This was stated by the Member of Assembly from Shimla Rural Vikramaditya Singh while addressing a press conference here today. Congress leader said that BJP organised the Renuka Fair which was inaugurated by the Chief Minister yesterday however at the same time State Government working on different yardsticks decided to not organised International Lavi Fair atRampur giving alibi of Covid-19.
How can Corona SOPs be applied in two different ways in different places at the same time, he
asked. Adding that BJP leaders held several political meetings which were attended by about 4000 to 5000 people during Mandi bye-poll in Rampur Assembly constituency but they never bothered about Covid infection.
However after facing defeat in the Lok Sabha poll, the Government decided to not organise Lavi, the International fair, argued Singha.
It is clear that Chief Minister who failed to get major lead for the ruling party in bye elction from the outer-Seeraj area especially Rampur subdivision is now displaying political vendetta against the people.
It happened for the first time in the last two years when any Chief Minister unveiled a fair at one place and decided to not hold similar events in places dominated by the Congress party, he pointed out.
Congress leader said that the party would raise this issue in the upcoming Winter Session at Dharamshala.
He alleged that some of miscreant belonging to the ruling party tried to public malign the image of
his mother or member of Parliament from MandiPratibha Singh by releasing an unverified or authenticated audio clip just two days ahead of Oct 30 voting for bye election.
The clipping was released at this time as a malicious campaign to damage the image of Pratibha Singh. However the same was rejected by the people who voted herbto victory. ” The clipping was allegedly recorded four years ago by the anonymous, he added. “If the Government has guts or have anything against his mother why did it not come out with such alleged clipping four years ago to probe allegations or else they could have also objected while Congress filled nomination papers.’ Vikramaditya Singh pointed out.
Singh said that a similar conspiracy had also been hatched against his father by the BJP, releasing a audio clipping in the past and an FIR has been filed but the Session Court dismissed Singh in 2012
before the Assembly elections rejecting the allegations.
Congress leader challenged the Jai Ram Thakur Government to lodge an FIR into alleged clipping which  was released in election time but no one verified the claim that he recorded it and with what motive and purpose.
Member of Assembly also lashed out the bollywood actress Kangana Ranaut to pass the remarks against 1947 independence. He said that Ranaut seemed to have not read the history of Indian freedom movement completely, as it is a fact that no war was fought in 1947, however the freedom struggle was continuing since 1857, which culminated in 1947.
Rejecting allegations that he is following BJP-RSS ideological positioning on the politics of Hindutva,
the Young Congress leader said that ideology of Hindutva is very recent one could not compare it with the greatness of millions of year old faith of Sanatan Dharma or Hinduism which he follows.