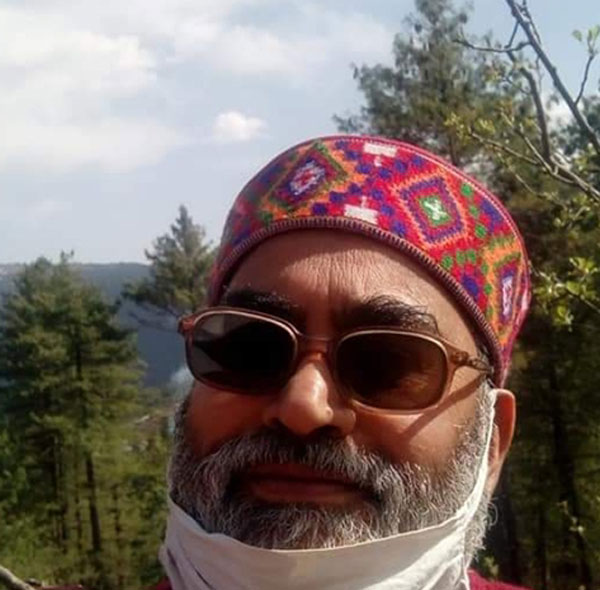 Shimla, Jun 22
Senior Editor of Giriraj, Himprasth and Deputy Director at Himachal Pradesh Public Relation Department Ranjit Rana died at Post Graduate Institute of Medical Research (PGIMR) on Tuesday, confirmed a department official.  He was admitted at PGI Chandigarh a month ago after was found positive for Covid-19.  He was 58 yrs old and left behind his spouse and two sons.
Rana was about to retire this year. In a meeting recently Rana had informed writer that after retirement he wanted to set up a old age home in the state.

Former Director of Himachal Pradesh Information and Public Relation Department B D Sharma condoled the demise of Ranjit Rana who died at PGI Chandigarh today. Sharma said in his condolence messages that Ranjit Singh Rana was working as Senior Editor

in the Department of Information and Public Relations. ”We have worked together for more than two decades. With the passing away of Ranjit Singh Rana, the Public Relations fraternity and the department have lost a true friend.
He was a life member of the Public Relations Society of India (PRSI) and a renowned philanthropist. He was also running a school “Udaan” for the differently abled children and his contribution for such children is immense and will always be remembered.
Sharma said that Rana was a versatile man and had every quality of a Public Relations professional. He worked with me in the Giriraj Weekly as the Editor of Himprastha, the prestigious monthly magazine and later on as the Senior Editor in the Department.
Through his hard work and zeal to do something, he gave a new look to the magazine and associated renowned writers of the Country by requesting them to contribute for the magazine.
He often used to sit beside me and pressurize me to contact writers for contributing for the magazine.  Our handicap was that the Government approved remuneration for the writers was quite meagre, so we used to make personal requests to the writers and they never disappointed us.
He brought out some special issues of the magazine which were applauded by the all concerned. He was a straight forward person. “When I was the Director of the Department, as a true PR man, he used to give valuable and useful inputs which were essential for the smooth functioning of the Department,” added Sharma.