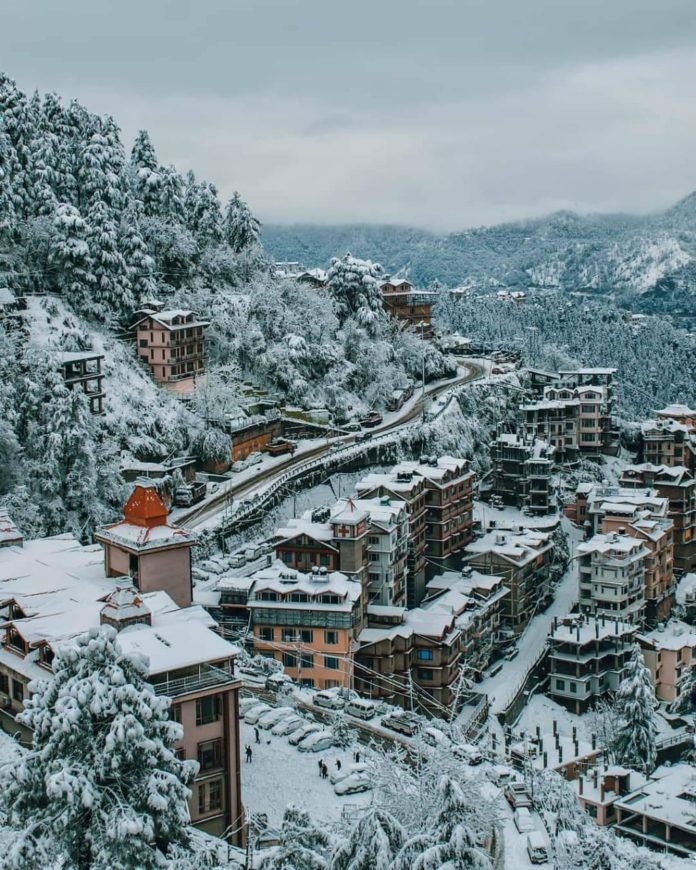 All major roads and pedestrian paths are snow bound in Shimla and other tourist places disrupting movement of traffic, power and water supply in many area of the district.
In a press statement issued after the major spell of Snowfall occurred in the district Administration confirmed that Including Shimla town major roads are snowbound and efforts are being done to open them on war footing.
An advisory issued by district administration and Shimla police said that Road leading to Narkanda, Kufri, Fagu, Mashobra, Dhalli, Sanjauli, Lakkar bazar, Chota Shimla and other places are snowbound and all roads are being restored.
Superintendent of police Shimla Mohit Chawla said that people who want to leave their place in the Snowfall are requested to move out from houses and hotel after ensuring the clearance of road and to keep away from the traffic snarl due to it.
He said that Rampur subdivision till this morning also experienced  rain and higher reaches are experiencing snowfall.

About 6-7 inches snowfall recorded in Kharapather ,Sungri and Khadrala due to which roads are blocked. Rohru also have 1-2 inch snow. As per report available three  HRTC Buses stuck or held up in Darkali, Bahli and Suradbangla area of Rampur SubDivision.

ELECTRICITY STATUS till 9AM
_The supply system in respect of ED Rampur is ok except 63 no. dtrs of different ESDs detailed as under_:-

ESD Sarahan
10 no of Sarahan section and 2 of Gaura Section are off since 7.15 pm yesterday.

ESD Nankhadi
12 no dtrs of Chakti Section are off since 5.30 am today