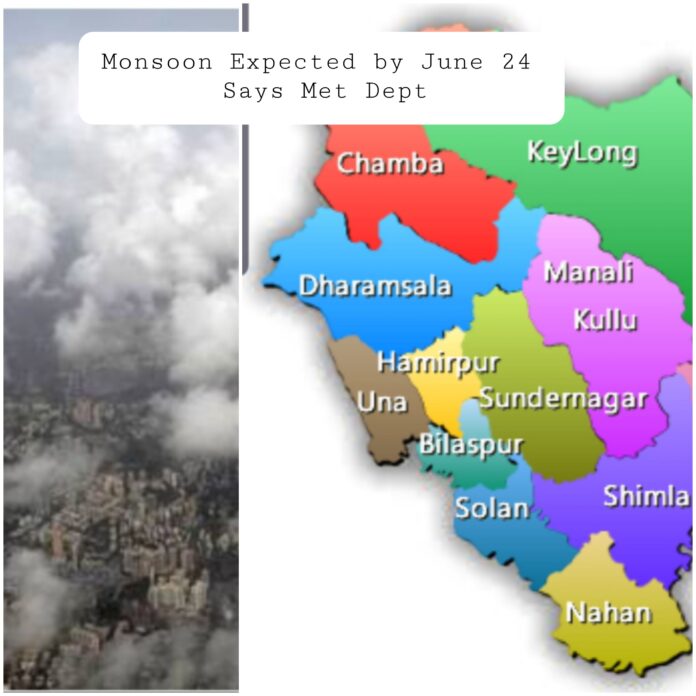 At normal time, South West Monsoon system is likely to hit the state of Himachal Pradesh by June 24, confirmed a Indian Meteorological Department Officer.
Shimla Met Office incharge Manmohan Singh said that SW Monsoon system is likely to get active by June 24 in the state and is at its scheduled time.
He said currently monsoon is becoming active in Parts of Maharashtra and of Southern Uttar Pradesh and it would likely advance in the state on Jun 24. He said that the IMD forecast is 90 to 104 per cent Monsoon rain in the country and around 107 percent in the hill state.
Monsoon rain is likely to be vigorous in the month of July and normal in the month of August, the weatherman predicted.
Earlier to Monsoon state is likely to witness pre monsoon showers owing to western disturbances as state is likely to face Wet weather from Jun 19 onwards.
The state is likely to have light rainfall on Jun 18 and onward few places of state would be lashed by thunderstorms and light rain which would last till Jun 24, he added.