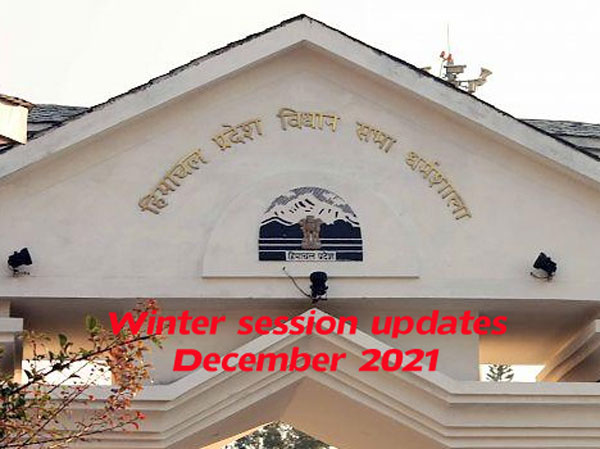 Shimla, Dec 13
Himachal Pradesh government has removed a major condition regarding the construction works of Goverment aided school buildings in the state.
Education Minister Govind Singh Thakur said during the Question Hour in the Assembly on Monday,   in response to the question of MLA Rakesh Jamwal.
He said that earlier; before the tender process of any building construction, 30 percent of the amount should have gone into the account of the Public Works Department, while now the government has made it clear that the construction works can be tendered after depositing 20 percent of the amount.  Instructions have been issued to the Public Works Department in this regard.
Gobind Thakur said that the State Government would provide maximum budget for the construction of school buildings.  He said that big arrangements would be made for schools in the budget of the next financial year.
He said that the government has allocated more budget for the construction of school buildings.  But in many places the work has not started yet due to some reasons and in many places the work has not been completed.
At the same time, Rakesh Jamwal said about the building of Government Senior Secondary School Sundernagar in his area that 90 percent of the work has been done, but further money is not being received.  Similarly, only Rs 10 lakh each was released for Kamahi Vidyalaya and Poda Kothi Vidyalaya, due to which Public works Department is not starting its work.
On the other hand, Urban Development Minister Suresh Bhardwaj, in response to a joint question of CPI(M) member Rakesh Singha and BJP member Pawan Nayyar, said that the police department constables have been recruited on a regular basis.
He said that only two employees are engaged on contract in the police department, one in Shimla and one in Dharamsala.  Suresh Bhardwaj said that police constables are recruited on regular basis.  Their recruitment rules were changed in the year 2015.
He informed that a total of 23417 contract employees have been appointed in the state.  Their contract tenure has been reduced from 3 years to 2 years.  At present, there are 18 thousand 106 contract employees in government departments, while 5311 contract employees are posted in corporations and boards.
The Urban Development Minister said that the orders given by the Supreme Court regarding contract employees have been implemented in the state.  He also told that the new pay scale for the employees would be implemented soon.
MLA Rakesh Singha also raised the issue of Home Guard employees in the House and asked the government how long the policy would be made for these employees.
In response to the question of Ani MLA Kishori Lal, the Urban Development Minister informed in the House that a total of nine schemes have been approved in the last three years under MLA priority in Ani assembly constituency. Out of these, DPRs of 8 have been prepared, but work has not started on any of them yet.
Suresh Bhardwaj said that six schemes related to Jal Shakti and three schemes related to Public Works Department have been approved in Ani, out of which DPRs of eight have been prepared.
At the same time, MLA Kishori Lal expressed displeasure over the non-starting of work on these schemes and raised the demand for early work.
Minister said  that Vacant posts will be filled soon.
Health Minister Dr. Rajiv Saizal said that the posts lying vacant in health institutions would be filled soon.  Responding to the question of MLA Surendra Shourie, he said that the process of filling the vacant posts of various categories is going on and these posts will be filled in Banjar region also.
At the same time, the MLA said that the Sainj Community Health Center was upgraded in the year 2010, but still the posts are lying vacant here.
On the other hand, Jal Shakti Minister Mahendra Singh Thakur said that the government is continuously expediting the works of drinking water and irrigation schemes, for which crores of rupees are available in many projects.
Responding to the question of MLA Mulkhraj Premi, Mahendra Singh said that 9 lift irrigation projects are being improved in his area, for which an amount of Rs 173.72 lakh has been given.  He said that all the small and big schemes are being worked on expeditiously.