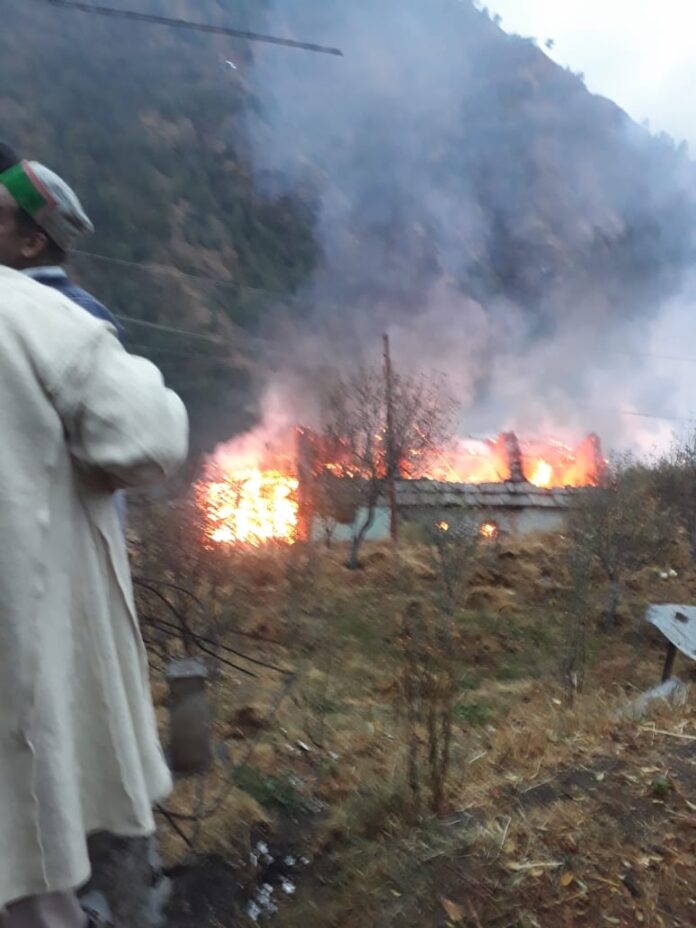 Two residential house were gutted in a devastating fire early today at Dhartarpunu village  under Deha police station of the district. Reportedly one of the owner was trapped inside the blaze and is missing so far, the police sources confirmed.
Superintendent of police Mohit Chawla said that fire broke out in two wooden craving houses at 0430hrs. The victims and owner of houses are identified as Bansi Lal Verma and Ramesh Verma of Dhartarpunu village.
One of owners was reported trapped inside the blaze who could not rescued and was missing inside.
Fire tenders were rushed on the spot to douse down the infernos. More information are awaited