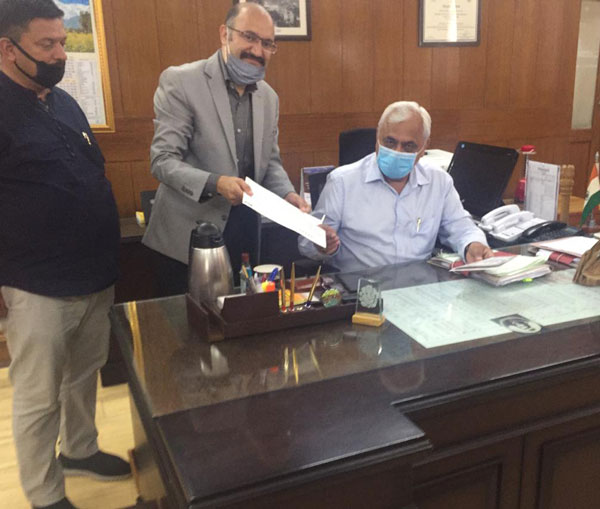 Inquisitive to get back in business, the Bar owners today came forward to urge the government for their opening again. The bar and restaurant owners association welfare association today met Deputy Commissioner Shimla uprising him about problems being faced by them. Also they briefed the DC about proposed SOPs being planned to keep the business safe, in case allowed to open.

Rajan Bhardwaj, President of the association informed that even though restaurants have been given the permission to start, but for a bar & restaurant, the business economics is different. Here entire footfall is dependent on sale of liquor and not otherwise, he added. “Therefore due to closure of bars, we cant even open the restaurants, as it is not viable,” he rued. Whereas the Department of Tourism and Civil aviation has already released the SOPs for restaurant operations, he added. Wherein a clause of 60% occupancy is laid, which even bars can follow to start operations.
He stressed that even though liquor vends are allowed to open and sell , then not allowing bars to operate as per SOPs is beyond apprehension. “Especially in the wake of the fact that with every passing day it is getting difficult for the people in this business to meet expenses such as paying all the Utility Bills, Salaries, Taxes etc.
However the the Deputy commissioner with representatives of tourism department beyond hearing their concerns, gave no assurance, about the permission to open bars.