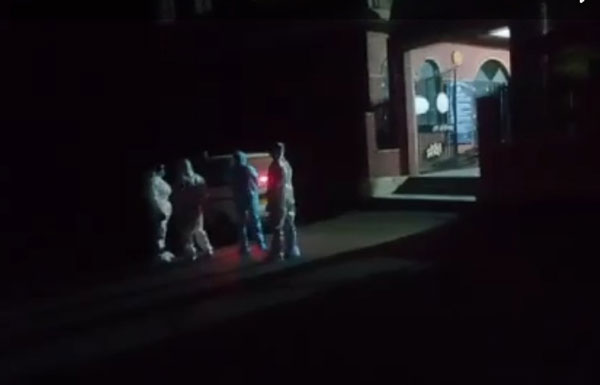 The 21-year-old deceased ‘ Corona positive’, resident of Sarkaghat, Mandi, was cremated at the crematorium in Kanalog, Shimla late Tuesday night following the death of IGMC Shimla.

SDM Urban Neeraj Chandla and a Tehsildar were present there even before the ambulance arrived. Apart from them, Senior Medical Superintendent of IGMC Shimla Dr. Janakraj was also present. A Pandit was summoned by the district administration to get the deceased cremated. Pandit performed the last rites of the dead body with full custom.

Before this, the IGMC administration had taken full vigil and covered the dead body of the deceased youth with body cover (As per WHO protocol). Those who took the dead body to the crematorium in the ambulance were also wearing PPE kits.

On Tuesday, the young man was brought to IGMC from Nerchowk, where he died later in the evening. He was accompanied by his uncle to Shimla, who is also currently quarantined by the hospital authorities. Also, the 15-member team treating the youth at IGMC has also been quarantined. Reports are also coming that even medical teams in Sarkaghat and Nerchowk (who came in contact with the youth during treatment) are also being identified and quarantined. Samples will also be taken for these people’s to check any ‘Infection’ among them.

Authorities from District administration in Shimla inform that the youth on arrival to state capital was admitted into isolation ward at IGMC and the medical teams in contact with him, had taken full precaution like PPE kit etc, before attending. Therefore the hospital or areas around may not be contained, they confirmed.

After police warning 12 from Tablighi Jamaat disclose, 52 other in...