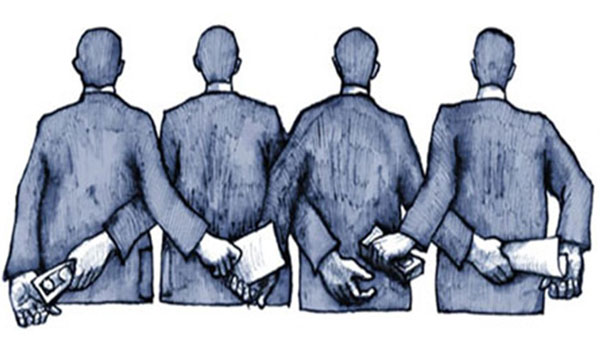 The flawed policies of successive governments have taken a huge toll of state’s fragile environment.  Pursuing vote bank politics to the hilt the BJP and the Congress, the two mainstream parties which have been ruling the sate in turns, have encouraged illegal constructions, encroachments  and  made no serious effort to check illicit felling of trees. The callous attitude of the government forced the judiciary to intervene and the high court and the NGT passed several orders to enforce the rule of law. However, the previous governments seemed reluctant to implement the court orders and continued to drag maters.

The new BJP government headed by young chief minister Jai Ram has completed six months in office but there is so far no change in the approach. The daylight murder of an officer during demolition drive at Kasauli caused much embarrassment to the government as the Supreme Court pulled up the state and made strong observation over indifferent functioning of the law enforcing agencies. The chief minister announced that court orders will be enforced and that illegal constructions will not be allowed in future.

Whether the chief minster means business or his remarks were just for public consumption will be apparent from how swiftly and how strongly action is taken against officers of the state pollution control board whose acts of omission and commission have come under juridical scrutiny.

There are two important cases in which NGT and High Court had directed the government to take action. The NGT had even pinpointed the responsibility and named some officers for taking action. The bench headed by Justice Swatantra Kumar at National Green tribunal in its judgment of the Kasauli illegal construction matter had stated “Since we arrived at a clear finding that the officers of the HPPCB and the TCPD and even the Electricity Department have acted, if not in direct collusion with these Notices, they have certainly failed to discharge their statutory and public duties appropriately. They have also failed to maintain the standards of performance expected from such officers. Thus, we direct the Chief Secretary, State of Himachal Pradesh to take action against all the erring officers,” had stated the NGT bench.

However when HimachalScape followed up both the matters, it was found that no serious action had been initiated till date. Sources revealed that in the Baddi Paper Mill matter , a show cause notices was issued to the suspected erring officials and thereafter a personal hearing was conducted by the chairperson based on which the findings is yet awaited. Justifying the legal counsel representing HP Pollution Control board informed that the court had stated that enquiry should be initiated against erring officers (if any) by the government. Therefore government in its first step has initiated an enquiry by issuing show cause notices and conducting personal hearings, findings of which are yet awaited,” he stated. Only once after the findings come to light, shall be decided whether charge sheet are to be issued as per service rules or not, he added.

Sources state that same is the scenario in the NGT matter also, whereby a preliminary enquiry has been initiated but maximum chances are that the accused (Officials) in these matters would be left scot free after a warning or so. Moreover picking up examples from history too it is found that whenever an enquiry is initiated on erring government officials (Due to court orders or otherwise), in most cases no one is punished. As understandably the erring officials are either fellow colleagues of enquiring officials or the political bosses hinder such enquiries thus ending up in no action or soft action against them.

Though the enquiry committees in most cases let go their fellows (for reasons best known to them) without realizing the fact that this relaxity which they are showing today could cause many more such incidents in future as the one in Kasauli this year.